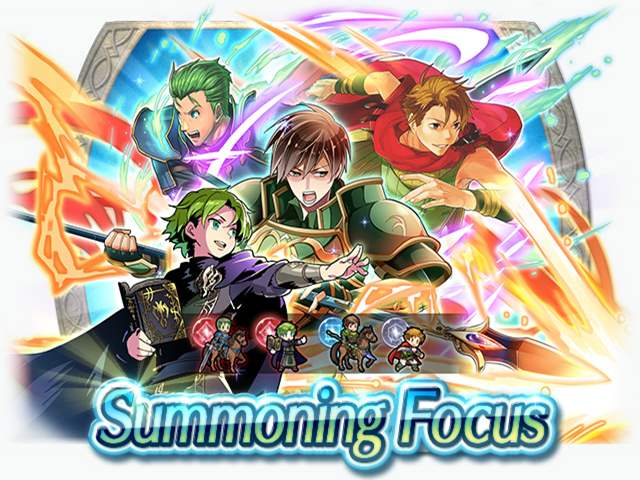 Spy's Dagger
Mt: 14 Range: 2
After combat, if unit attacked, grants
Def/Res+6 to unit and allies within 2 spaces of
unit for 1 turn.
Effect:【Dagger ６】

【Dagger ６】
After combat, if unit attacked, inflicts
Def/Res-６ on target and foes within
2 spaces of target through their next actions.
This skill can only be equipped by its original unit.

"Want to know the real Matthew? Ha! Let's take it slow. I'll give you half-truths instead of lies."

Wielder of dark magic. A scornful loner with
a troubled past as an orphan. Appears in
Fire Emblem: The Binding Blade.

Hermit's Tome
Mt: 14 Range: 2
Effective against cavalry foes. If foe uses bow,
dagger, magic, or staff, neutralizes foe's
bonuses (from skills like Fortify, Rally, etc.)
during combat.
This skill can only be equipped by its original unit.

"You can't do anything without power, including...protect those whom you must protect. So that's why I must master the dark arts at any cost."

An aspiring knight of Altea. Of calm demeanor.
Luke's longtime friend and rival. Appears
in Fire Emblem: New Mystery of the Emblem.

Steady Lance
Mt: 16 Range: 1
Unit and foe cannot counterattack.
This skill can only be equipped by its original unit.

"I owe you thanks plus a vow to give you my all."

"The Legend of Luke keeps getting better and better!"

"The Fable of Feh keeps getting better and better! ...Kidding!"