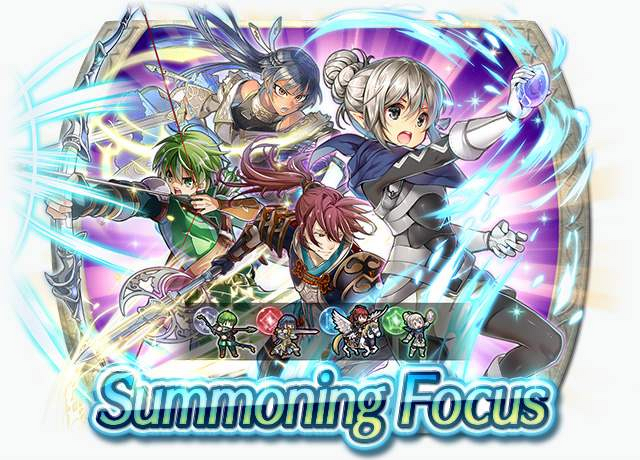 A foreign warrior with a straightforward
personality. Speaks with an accent. Appears
in Fire Emblem: New Mystery of the Emblem.

Concealed Blade
Mt: 16 Range: 1
Deals +10 damage when Special triggers.
This skill can only be equipped by its original unit.

Sword Exp. 3
While unit lives, all sword allies on team get
2x EXP. (Only highest value applied. Does not
stack.)
Cannot use:

"We are not teacher at heart, but in other world, we have been tutor of the hacking and slashing."

Sun Dragonstone
Mt: 16 Range: 1
If foe initiates combat or if a bonus granted by
a skill like Rally or Hone is not active on foe,
grants Atk/Spd/Def/Res+4 to unit during combat.
If foe's Range = 2, calculates damage using the
lower of foe's Def or Res.
This skill can only be equipped by its original unit.

Sky Knight of Hoshido who aims for
perfection. One of Sakura's retainers.
Appears in Fire Emblem Fates.

Golden Naginata
Mt: 16 Range: 1
Accelerates Special trigger (cooldown count-1).
At start of combat, if foe's Atk ≥ unit's Atk+3,
grants Atk/Spd/Def/Res+3 during combat.
This skill can only be equipped by its original unit.

"You may detect a floral scent from me. Sorry if it troubles your nose. It's a hair tonic made from camellia blooms."

Altean archer who is masterful with his bow.
Looks younger than he actually is. Appears
in Fire Emblem: Mystery of the Emblem.

"My archery mentor is a man named Jeorge. He's not just the best shot I know—he's the best person."