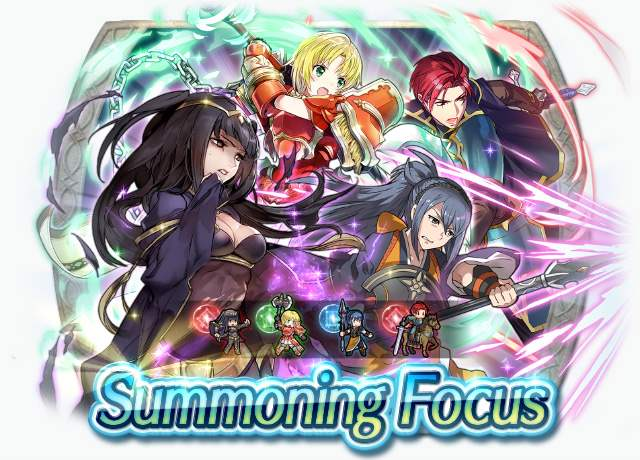 A mage from Plegia with a dark side and a
possessive streak, especially with Robin.
Appears in Fire Emblem Awakening.

Tharja's Hex
Mt: 14 Range: 2
Adds total bonuses on unit to damage dealt.
This skill can only be equipped by its original unit.

Seal Atk/Def 2
Inflicts Atk/Def-5 on foe through its next action
after combat.
Cannot use:

"Further training is required—that much is sure."

Oboro's Spear
Mt: 16 Range: 1
Effective against armored foes.
This skill can only be equipped by its original unit.

Threaten Res 3
At start of turn, inflicts Res-5 on foes within
2 spaces through their next actions.

"Now that makes a statement!"

"Oboro loves to be fashionable, so of course her new weapon is super stylish!"