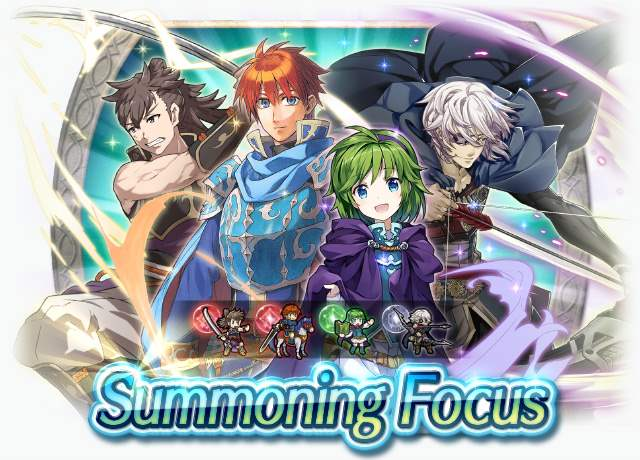 A coarse, yet caring, samurai of Hoshido.
One of Takumi's retainers. Appears
in Fire Emblem Fates.

Hinata's Katana
Mt: 16 Range: 1
If foe initiates combat, grants Atk/Def+4
during combat.
This skill can only be equipped by its original unit.

"This is gonna be an exciting change!"

A sincere noble of Pherae. His friends Lyn
and Hector serve him loyally. Appears
in Fire Emblem: The Blazing Blade.

Durandal
Mt: 16 Range: 1
If unit initiates combat, grants Atk+4 during
combat.
This skill can only be equipped by its original unit.

"Great! Now I can contribute even better!"

Iris's Tome
Mt: 14 Range: 2
Adds total bonuses on unit to damage dealt.
This skill can only be equipped by its original unit.

"Now, leave everything to me! I know I can do it!"

Nohrian scoundrel who wags his saucy
tongue at everyone. One of Leo's retainers.
Appears in Fire Emblem Fates.

"My gain will be another's pain."

"Nino may look like an adorable kid, but her skills put most adults' to shame!"