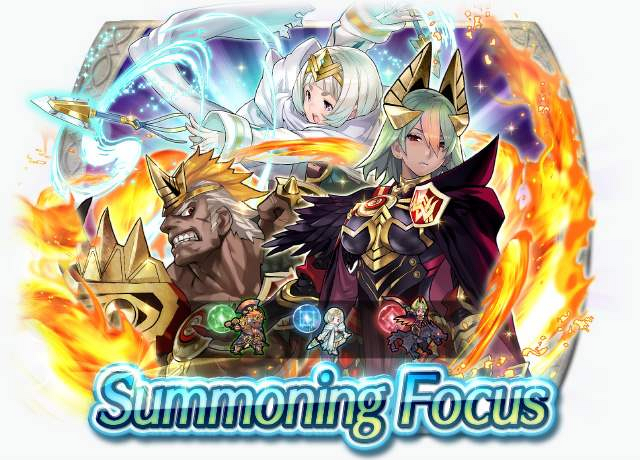 Three Heroes from Nifl and Múspell are available as part of a 5★ summoning focus.

"Strength rules all. The weak are prey. That is the way of Múspell... It is very cruel."

Rough and tumble general of Múspell, the
Kingdom of Flame. Came from nothing and
rose through the ranks thanks to his talent
in battle.

Býleistr
Mt: 16 Range: 1
At start of odd-numbered turns, grants
Atk/Spd/Def/Res+4 to unit and adjacent
allies for 1 turn. (Bonus granted to unit
even if no allies are adjacent.)
This skill can only be equipped by its original unit.

G Duel Infantry 3
Grants HP+5. If unit is 5★ and level 40 and
unit's stats total less than 170, treats unit's
stats as 170 in modes like Arena.
(Higher-scoring opponents will appear.
Stat total calculation excludes any values
added by merges and skills.)
Cannot use:

"You think you want to hear about why I fight, do you? Don't waste my time with stupid questions."

"I love my brother, Hríd, and my sisters, Gunnthrá and Fjorm. They're always nice to me."

"Helbindi may look intimidating, but he's got a soft spot for Ylgr!"