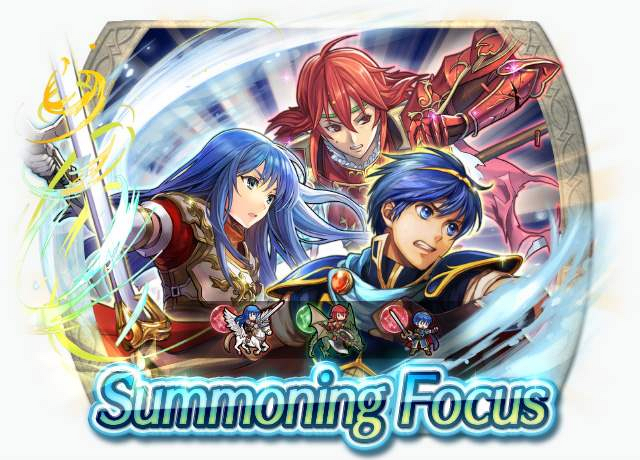 This time, Marth: Altean Prince, Caeda: Talys's Heart, and Minerva: Red Dragoon from among the bonus allies are available as part of a 5★ summoning focus.

"I cannot allow a single one of my friends to die. Together, you and I, with everyone else, will win this war."

Princess of Talys who's as talented as she
is charming. Marth's betrothed. Appears in
Fire Emblem: Mystery of the Emblem.

Wing Sword
Mt: 16 Range: 1
Effective against armored and cavalry foes.
This skill can only be equipped by its original unit.

"I've just finished making a stew. Would you like to try some while it's hot?"