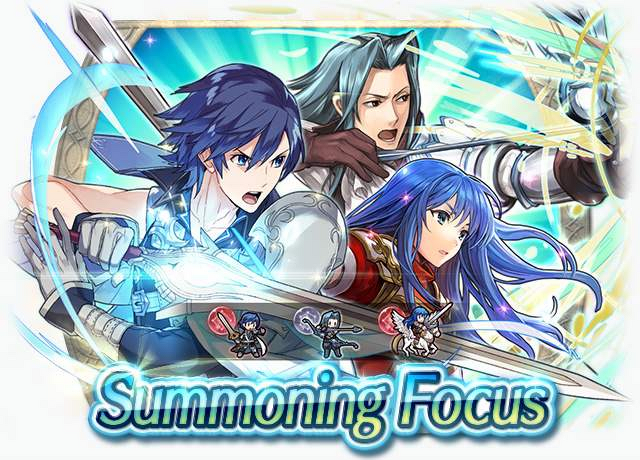 This time, Heroes Chrom: Exalted Prince, Caeda: Talys's Heart, and Virion: Elite Archer from among the bonus allies are available as part of a 5★ summoning focus.

A prince of Ylisse and descendant of the
Hero-King. Leads the Shepherds. Appears
in Fire Emblem Awakening.

"Care to spar? Or perhaps we could just work on self-defense drills so I don't break anything..."

Princess of Talys who's as talented as she
is charming. Marth's betrothed. Appears in
Fire Emblem: Mystery of the Emblem.

Wing Sword
Mt: 16 Range: 1
Effective against armored and cavalry foes.
This skill can only be equipped by its original unit.

"I've just finished making a stew. Would you like to try some while it's hot?"

Dignified Bow
Mt: 14 Range: 2
Effective against flying foes. At start of turn,
if any foe's HP ≤ unit's HP-1 and that foe is
adjacent to another foe, inflicts【Panic】on
that foe.

"I've brewed some tea using some of the fascinating herbs you grow in this land... Hmm? Weeds, you say?"