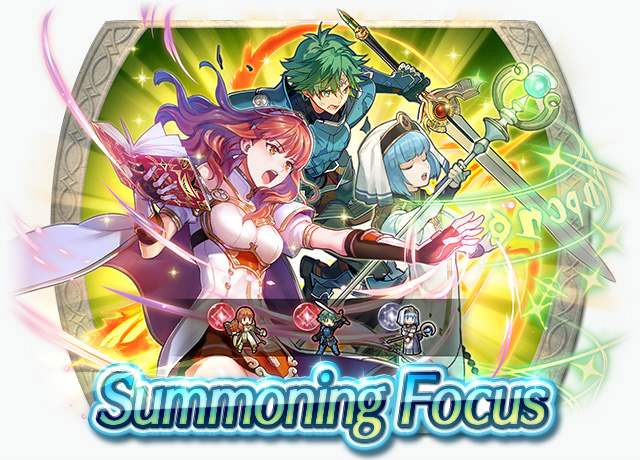 This time, Alm: Hero of Prophecy, Celica: Caring Princess, and Silque: Adherent of Mila from among the bonus allies are available as part of a 5★ summoning focus.

A cleric from Novis who sought out Alm in
order to deliver a certain item to him. Has a
sweet but serious personality. Appears in Fire
Emblem Echoes: Shadows of Valentia.

Staff Exp. 3
While unit lives, all staff allies on team get
2x EXP. (Only highest value applied. Does
not stack.)
This skill can only be equipped by staff users.

"War can leave scars no one can see... If I can ease your burden by listening, please, do not hesitate to call on me."