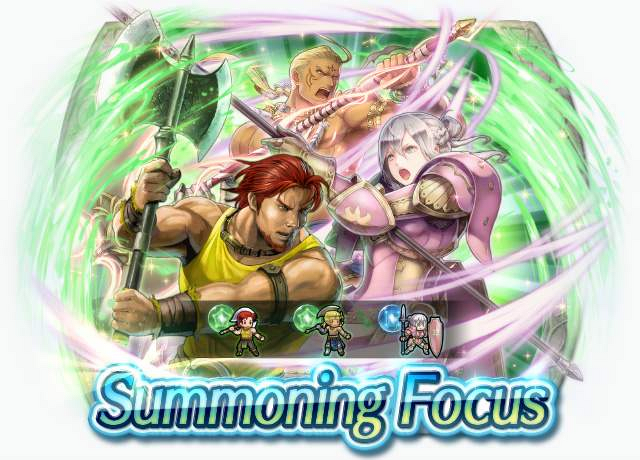 Just before the Voting Gauntlet: Battle of Brawn event begins, three Heroes who are strong in both body and mind are available as part of a 5★ summoning focus!

"You possess summoning magic. Careful. Such immense power can, over time, drive a man mad."

"Feels like it's been an age since my mercenary days in Bern. I hope Natalie is faring well without me..."

"Takes a lot of food to keep me bulky enough to be a good wall. So we should hit all the feasts we can."

Sometimes true strength comes from the desire to protect those most important to you!