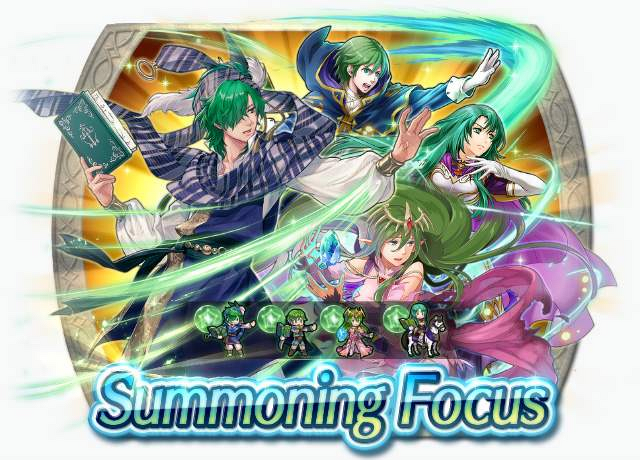 Just before the Voting Gauntlet: Green Grapple event begins, green-type Heroes are available as part of a 5★ summoning focus!

Nagi: Dragon Avatar will also appear in the Legendary Hero summoning event at the end of this month.

Wind mage who studied in Khadein, known for its
magical school. Marth's childhood friend. Appears
in Fire Emblem: Mystery of the Emblem.

Excalibur
Mt: 14 Range: 2
Effective against flying foes.
This skill can only be equipped by its original unit.

"I am Merric, a mage from Altea. What I learned of wind magic in Khadein is at your disposal."

Green is the perfect color for the early summer!