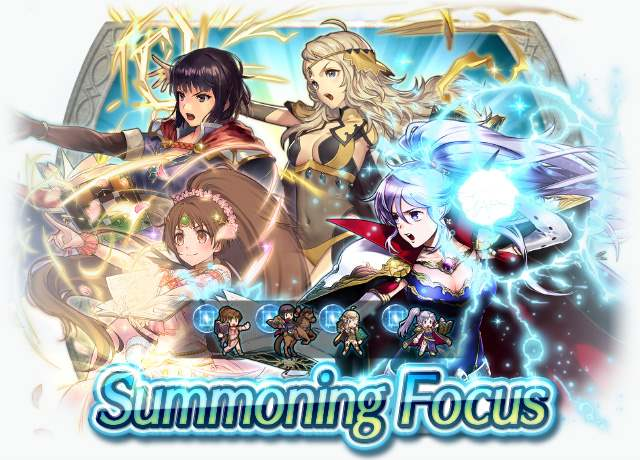 Just before the Voting Gauntlet: Clashing Thunderers event begins, four Heroes will be available as part of a 5★ summoning focus!

"I am Ishtar of Friege. Please make use of my knowledge of sorcery."

"I just came up with an amazing new spell! Look, I jotted it down in my spell diary. Um... Huh... What page again?"

"I'll use this in battle to make you proud."

"I wonder if Reinhardt and Olwen will have a showdown..."