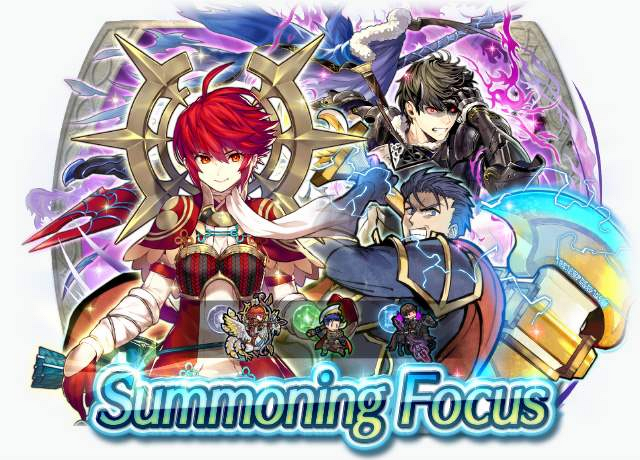 Just before the Voting Gauntlet: Brave Rivalries event begins, rivals to the Heroes who came out on top in the Choose Your Legends: Round 3 event will be available as part of a 5★ summoning focus!

Heir presumptive to the Rigelian throne. Fell
into a deep despair when the truth about Alm
came out. Gave his betrothed's life to Duma to
obtain power. Appears in Fire Emblem Echoes:
Shadows of Valentia.

Kriemhild
Mt: 16 Range: 1
If a bow, dagger, magic, or staff foe initiates
combat and unit is within 2 spaces of an ally,
unit can counterattack regardless of foe's
range and foe cannot make a follow-up attack,
but after combat, if unit attacked, deals 20
damage to nearest ally.
This skill can only be equipped by its original unit.

Warding Stance 4
If foe initiates combat, grants Res+8 during
combat and inflicts Special cooldown charge -1
on foe per attack. (Only highest value applied.
Does not stack.)
Cannot use:

"Hah! I am Berkut! I shall end all things...with Duma's supreme power!"

"One of my best friends goes by the name of Eliwood. We spar for fun. He even wins half the time!"

"I can't be the only one who's excited to see these familiar faces!"