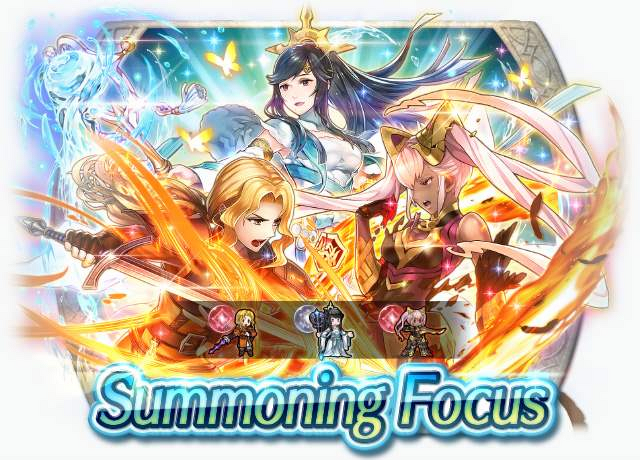 Heroes who are involved in Voting Gauntlet: Ponytails vs. Pigtails are available as part of a 5★ summoning focus!

The second princess of Múspell, the Kingdom
of Flame. She sees herself and the blade she
wields as one and the same, and keeps her
emotions in check.

Laevatein
Mt: 16 Range: 1
Grants Atk+3. Grants bonus to unit’s Atk = total
bonuses on unit during combat.
This skill can only be equipped by its original unit.

"My blade is Laevatein, the Searing Steel... We share a name. You can't separate us."


Mistress of Fiana, leader of the Freeblades.
Took in Leif and company when they fled the
Grannvale Empire. Appears in Fire Emblem:
Thracia 776.


The extremely affectionate queen of another
Hoshido. She is a nurturing adoptive mother to
Azura. Appears in Fire Emblem Fates.

"Never give up and your dreams will come true. I want all of my children to understand that."