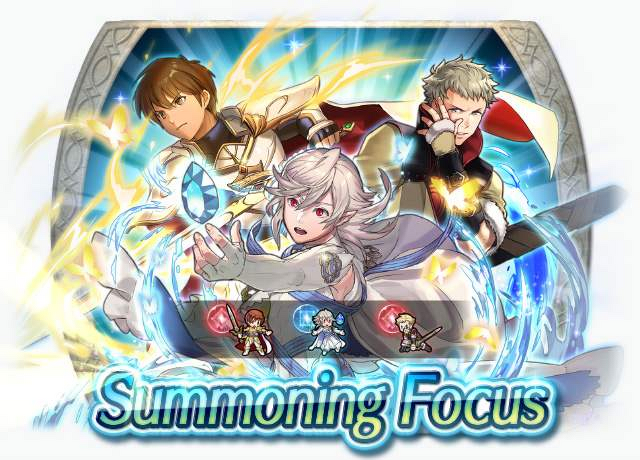 Just before the Voting Gauntlet: Mothers and Sons event begins, three sons will be available as part of a 5★ summoning focus!

A Hoshidan prince raised in another Nohr. He
understands young Azura's feelings very well.
They are the best of friends. Appears in Fire
Emblem Fates.

"If I can do my part to help protect someone I care about...if they're smiling...who I am doesn't matter."

"I could not protect a single soul in the far-flung future from which I hail. But I've vowed that will be my last failure."

"I need to get stronger, so I was drilling with my sword. I'm the descendant of one of the 12 crusaders, after all."

"They each resemble their mother in some way..."