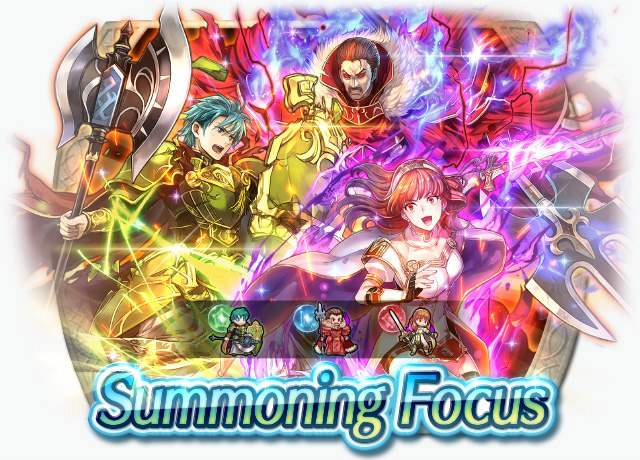 Weekly revival summoning events are back for more! 5★ Heroes who debuted between the game's launch and August of 2018 appear as focus Heroes, and the focus lineup changes each week! 5★ focus Heroes have an initial appearance rate of 4%!

"All is for Lord Duma's sake. Someday this world, too, shall belong to him. Heeheehee..."

"It is my duty to elevate individuals who demonstrate greatness. If you do so, I will gladly welcome you into the Archanean Imperial Army."