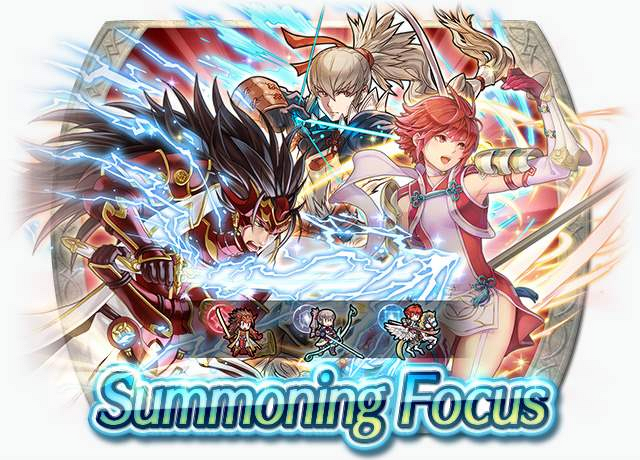 The eldest prince of Hoshido, who
wields the legendary blade Raijinto.
Appears in Fire Emblem Fates.

"I am Ryoma, High Prince of Hoshido, and he who inherited Raijinto. I will give my all, however dire the times."

Hoshidan princess who prefers battles over
court life. Excels at watching over others.
Appears in Fire Emblem Fates.

Hinoka's Spear
Mt: 16 Range: 1
If unit is within 2 spaces of a flying or infantry
ally, grants Atk/Spd+4 during combat.
This skill can only be equipped by its original unit.

"I was just tending to my pegasus. Their wings are so downy in a few places. Want to feel it for yourself?"

"I like the food of my homeland. Especially miso soup. Maybe you and I can cook something up like that."