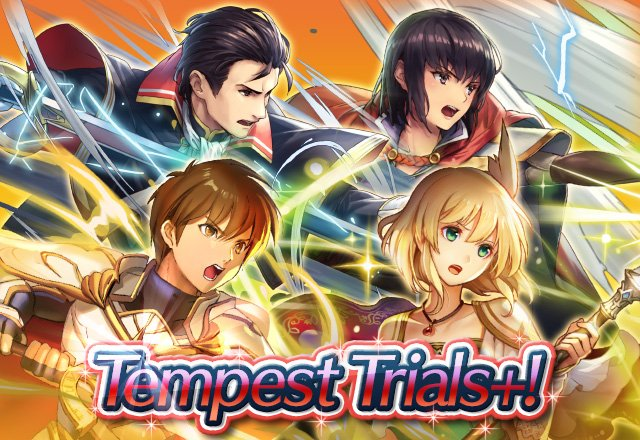 The big rewards this time are a new Hero, Finn, and a Sacred Seal,

You can clear the maps to raise your score and earn rewards! You can also earn Refining Stones

What Are Tempest Trials+?
This is a special event where you challenge a series of high-difficulty maps. Clear them repeatedly and you can increase your score. You can get special rewards based on your total score during the event period.

Defeated Allies Can't Be Be Revived