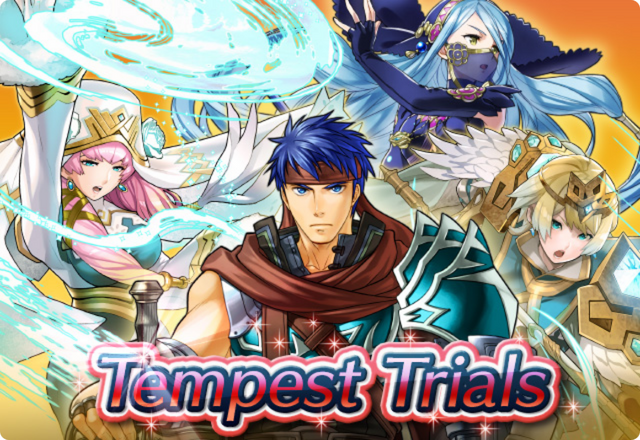 The challenge of consecutive battles in Tempest Trials Mini: Shrouded by the Storm is here! Gather your strongest allies, and fight your way through to clear the final map.

Also, during this time, you can clear quests every day to earn Refining Stones

and more rewards! You can play up to three times a day, so don't forget to check back frequently.

For this Tempest Trials Mini event, Ike: Vanguard Legend is a bonus character-along with seven of his compatriots who were a part of the same 5

Legendary Hero Summoning event as he was recently.

"Keep earning score to get Marisa as an ally!"