We would like to introduce the new features and changes planned for the next update, which is scheduled for release in early May.

・ Updates to the Arena.
・ New weapon skills.
・ New options in Weapon Refinery.
・ Minor improvements for future Tap Battle events.
・ Improvements for Rival Domains.
・ Heroes who are defeated in battle will no longer lose the SP and EXP they gained in that battle.
・ The SP and EXP earned in maps that have already been cleared will no longer be reduced by half.
・ Along with improvements to the tutorial, gifts will be given out to existing players, including a 4★ Takumi: Wild Card.

Please note that for the Ver. 2.5.0 update, the maintenance period will last from 2018-05-08T22:00:00Z until it can be confirmed that the update is reflected in the app stores. Additionally, while new seasons for the Arena and Arena Assault begin on Tuesday at 07:00 a.m. UTC each week, due to updates to the Arena, the next season will begin one day later, starting on 2018-05-09T07:00:00Z. We apologize for the inconvenience and ask for your understanding. Thank you!

More >
Here are the major changes and new features planned for the next version update, scheduled for early May.


■ Updates to the Arena

The following changes are being made to encourage even more players to test their teams in the Arena:
・ The chain bonus will have a max of five consecutive victories instead of a max of seven.
・ You can earn rewards for consecutive victories called Chain Rewards. These rewards, which include Orbs, can be earned once per season.

With the addition of Chain Rewards, Offense Rewards will no longer be given out, but the number of rewards you can receive will increase overall.

Notes:
・ This stat boost does not have an effect on the evaluation of your team's strength, so it will have no effect on which opponents you are matched with or the score you earn from battling those opponents.
・ Stat boosts will not be applied to any bonus allies used by your opponent.

To implement these improvements, the Arena and Arena Assault will be unavailable starting on 2018-05-08T07:00:00Z until 2018-05-09T06:59:59Z. Please note that this also means a daily quests and Arena Assault quests cannot be cleared during this time.

The following new unit-specific weapon skills can be learned by the Heroes listed below at 5★ by spending SP:

Rhomphaia
Hero who can learn this skill: Clair: Highborn Flier

Notes:
・ Rhomphaia and Camilla's Axe can both be upgraded in the Weapon Refinery after they've been obtained.
・ To learn weapon skills, tap Learn Skills in the Allies menu.

The following weapon skills can now be strengthened with Arena Medals and Divine Dew for added effects.
Note: To access the Weapon Refinery, you must clear Book I, Chapter 13 in the main story and then clear the second Intermission map, The Rite of Blades.

Yato
Hero who can learn this skill: Corrin: Fateful Prince

・ Extra Stages will appear starting from the fourth day of the event.
・ If you clear a stage, your Heroes can gain Hero Merit based on the results.
・ Preview notifications for the next stage will now appear.

・ Enemies will no longer attack immediately after warping.
・ Up until now, enemies were randomized, but now the same enemies will appear each time.
・ Enemy brigades will now include 40 characters instead of 20. This means the same character will generally appear fewer times per battle.

The following game rules are changing to allow for smoother game progress:
・ If a Hero is defeated during battle, they will no longer lose any of the EXP or SP earned in that battle.
・ The amount of EXP and SP you can earn from clearing previously cleared maps will no longer be reduced by half. 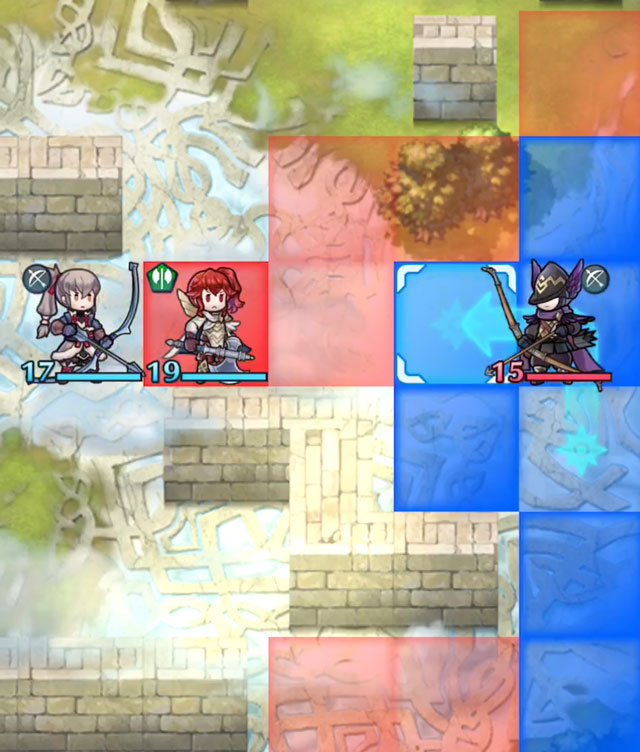 Notes:
・ Starting with version 2.5.0, this setting will be on Guided by default. You can select the Simple option if you wish to decrease the amount of time taken by enemy movement and actions.
・ The settings for Foe/Ally Auto-Battle Movement will not be reflected if Auto: No Animation is set to On.

1. The rarity of the following allies you obtain at the beginning will be upgraded to 4★:
Anna: Commander, Alfonse: Prince of Askr, Sharena: Princess of Askr, Raigh: Dark Child, Matthew: Faithful Spy, and Virion: Elite Archer

3. Additional explanations about game controls will be added to the tutorial to guide new players.

4. All strata of the Training Tower will now unlock after clearing Prologue: Part 3.

5. The Auto-Battle button will automatically be available on the battle screen.

6. Other adjustments, including adjustments to enemy strength, will be implemented.

・ Movies will no longer trigger when summoning certain Heroes. (The summoning movies can still be found in Movies under FAQ/Etc. in the Misc. menu if you summon one of those Heroes.)
・ Additional options will be available in the Sacred Seal Forge.
・ A new setting option to stop the music from changing during an enemy's turn will be added.
・ Mini units in Catalog of Heroes will appear with updated weapons.
・ Support for Android 8.0's adaptive icons will be added.