We would like to introduce the new features and changes planned for the Ver. 2.8.0 update, which is scheduled for release in early August.

・ The Arena will be updated.
・ New weapons to refine will be added.
・ Blessed Gardens will be expanded.
・ The functionality of the Allies menu will be improved.

More >
Here are the major changes and new features planned for the next version update, scheduled for early August.

A new tier, Great Summoner, will be added to the Arena.

Only a select number of users who have reached the current highest tier, Tier 20: First Dragons, can be promoted to this special new tier.

Upon becoming a Great Summoner, you will be able to receive slightly better rewards than are available at Tier 20: First Dragons. Additionally, the tier number will change to a crown mark, and the number of seasons that you have achieved the Great Summoner tier will be displayed next to that mark. 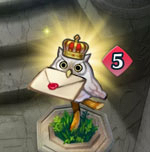 With the addition of the Great Summoner tier, the Arena's tier promotion and demotion conditions and rewards are as follows: 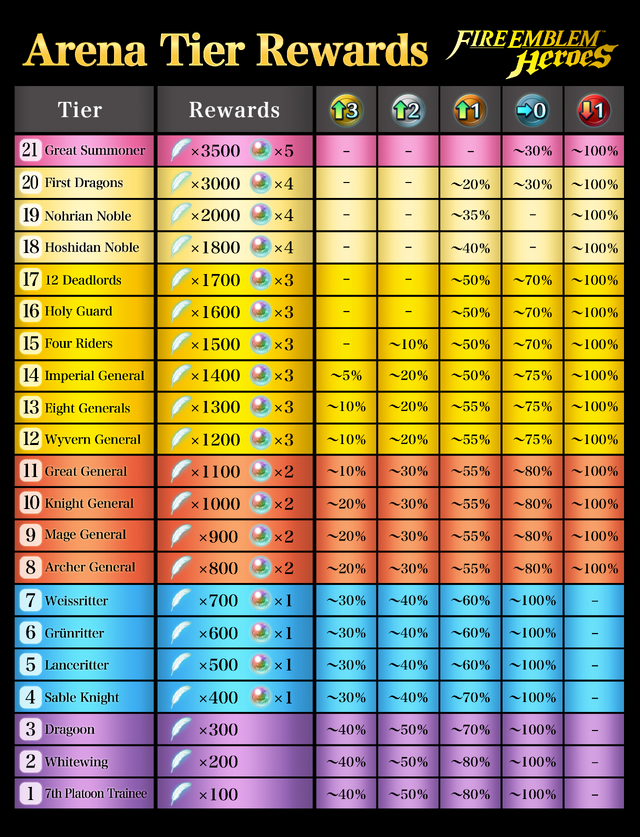 If you are confident in your Arena skills, aim for the top and try to reach the Great Summoner tier.

Fólkvangr
Hero who can learn this skill: Alfonse: Prince of Askr

Fensalir
Hero who can learn this skill: Sharena: Princess of Askr

Nóatún
Hero who can learn this skill: Anna: Commander

Note:
To access the Weapon Refinery, after clearing Book I, Chapter 13 in the main story, you must clear the second Intermission map, The Rite of Blades.

Like in Squad Assault, in the Grounds you will fight using multiple teams. Heroes who have fought once cannot fight in successive maps (even if you have multiples of the same Hero, none of them will be able to fight).

To make it easier to swap out skills based on the situation, we have added a feature that allows you to save skill sets, which include a Hero's equipped skills and Sacred Seals.

Here's an example of two different skill sets for Effie. One is for an armored unit team, and the other is for Grand Conquests: 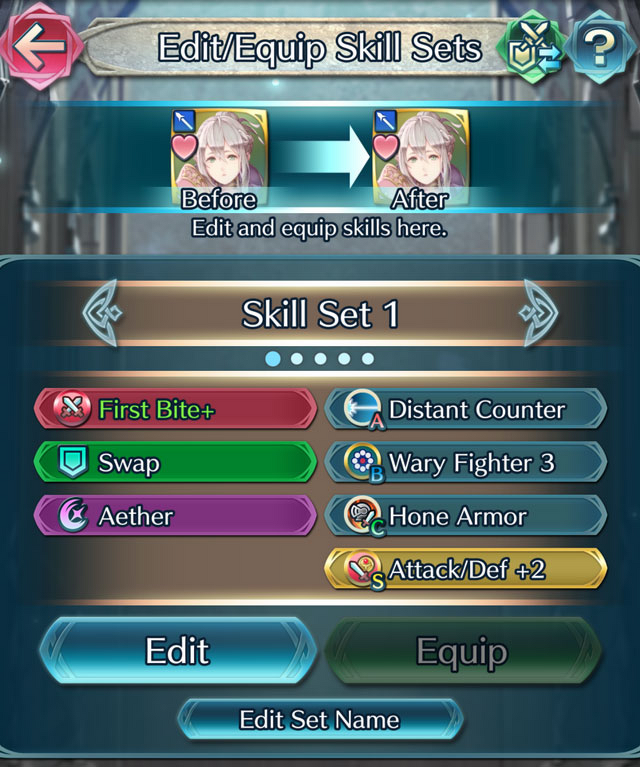 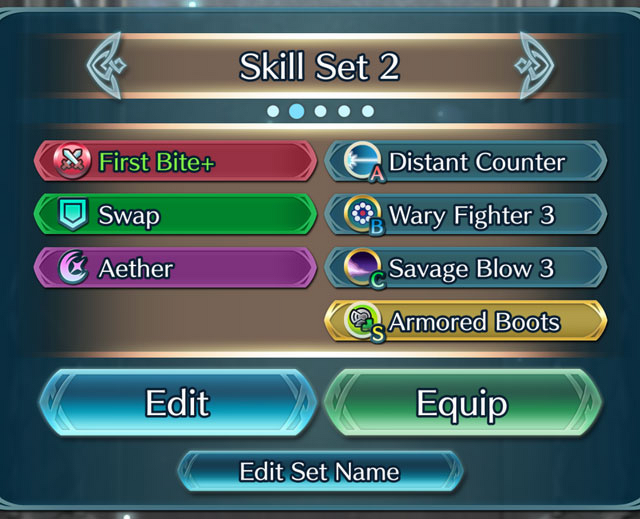 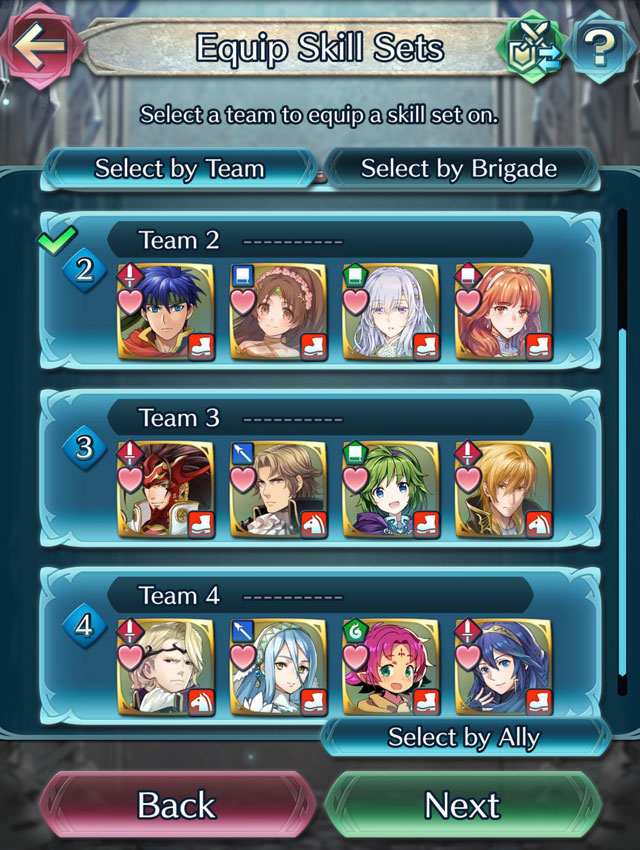 Whatever allies you have selected, you can change them from the currently selected skill set to any one of their five skill sets. Since each skill set will be applied to multiple Heroes at once, be aware of the following points:

・ Try to use common rules for all of your Heroes when creating skill sets.
・ We recommend using highly universal concepts for your skill sets (such as movement types, or battle modes like Arena or Grand Conquests).
・ If you are unsure how to start, you can start by saving the skills for the team you are currently using.

Note:
・ It is possible to use the option Equip Skill Sets for Heroes who do not have any set Skill Sets, but in this case, their equipped skills will not change.
・ If you attempt to equip the same Sacred Seal on multiple allies, it will be equipped to the one closer to the front (closer to the leftmost position within a team, or closer to the top within a brigade).
Example: If you attempted to equip Armored Boots to all four armored Heroes in a team, this seal will only be equipped to the Hero in the leftmost position within the team.

On the Edit Team screen, you can now specify multiple favorite marks, which will now reflect priority: 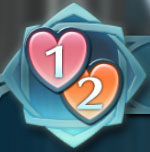 Use this feature when you want to sort your allies with multiple favorite marks by level or attack power. 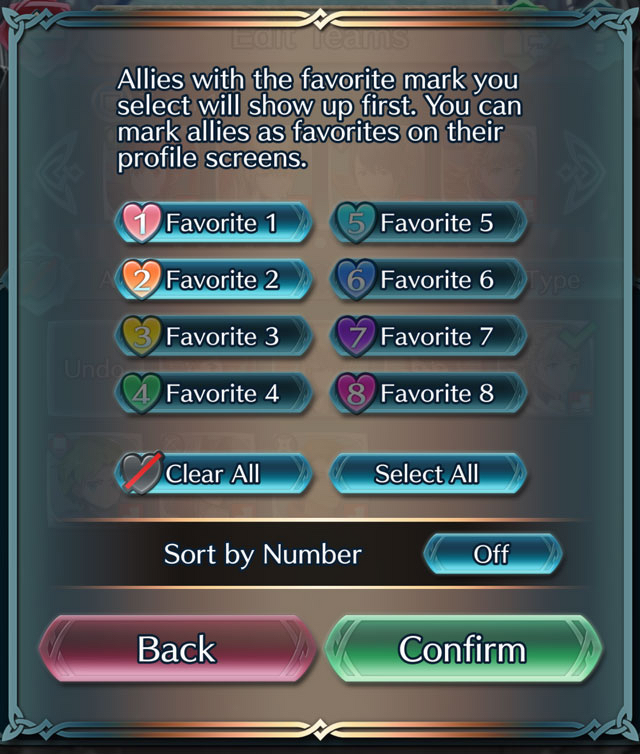 ・ The consecutive victory check box is back in the Arena, making it easier to tell how many times in a row you have won.
・ Added a Speed option to Tap Battle Settings. You can now play at up to 3x speed.
・ You will now receive experience, SP, and Hero Merit in Rival Domains and Grand Conquests. Also, Ally Support and Summoner Support will now increase as well.
・ When you select a summoning stone during a summoning event, the weapon types of Heroes who can be summoned using that stone will be displayed as icons.
・ The in-game display showing how many Orbs you own is currently only able to display up to three digits; it will be changed to display up to four digits.