The major changes and additions in the Ver. 3.4.0 update planned for early April are as follows:


The major changes and additions in the update planned for early April are as follows:

Lyn: Lady of the Plains

Azura: Lady of the Lake

Amelia: Rose of the War

Deirdre: Lady of the Forest

■ Aether Resort Is Being Added

Now you can invite Heroes who are allied with you or your friends to enjoy your Aether Keep and let them interact with each other in the new mode, Aether Resort! Save up special points called R&R Affinity to build structures, and then check out the activities Heroes enjoy inside those structures.

What's more, you will receive Aether Stones based on how much R&R Affinity you use! 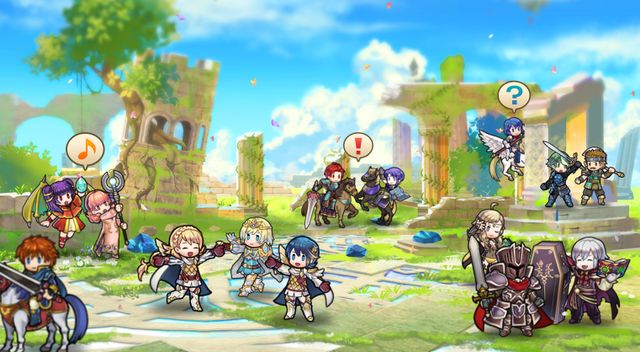 Why not enjoy a relaxing time with some Heroes and refresh both body and spirit?

Because of the addition of Aether Resort, the download will include a large amount of data. If your data quality is set to High Quality, then the game will download approximately 620 MB of data when you log in after updating from version 3.3.0 to version 3.4.0.

A large portion of this data will overwrite older data, so the actual increase in data size from version 3.3.0 to version 3.4.0 is approximately 110 MB.

■ Pair Up Is Being Added 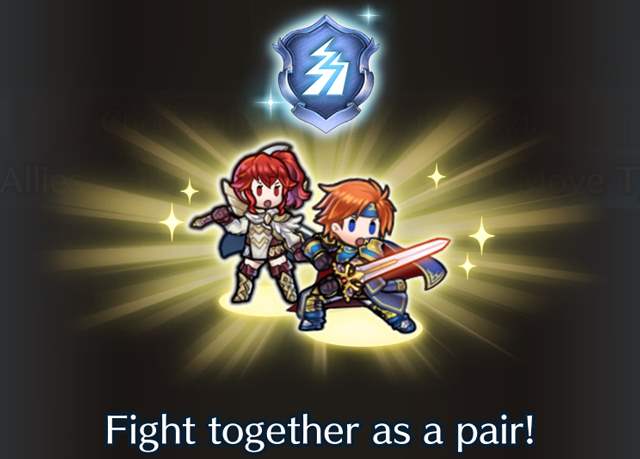 Heroes with the Pair Up ability can use the Pair Up feature, which allows them to deploy as a pair with another Hero in certain modes.

Legendary Heroes with the Pair Up ability can deploy with another Hero as a pair in the Main Story, Paralogues, and Training Tower. Once deployed, the paired Heroes can switch who is in the lead at any time. Heroes can switch even after they have acted, so you can make use of new tactics, like changing to a Hero with weapon-triangle advantage when a vulnerable enemy draws near!

What's more, paired Heroes will boost each other's stats, making it easier to direct the flow of battle in your favor.

In addition, starting on 2019-04-27T07:00:00Z, a new mode that uses the Pair Up feature will be available: Allegiance Battles! In this mode, the Hero in the rightmost slot on your team can be paired with a friend's Hero and deployed, even if neither Hero is a Legendary Hero!

Cooperate with your friends to achieve a high score and get Hero Feathers and Dragonflowers! When the Allegiance Battles mode becomes available, please take up the challenge.

■ Aether Raids Are Being Adjusted

〇 Raiding parties are being expanded

To set these parties, tap Allies, then Edit Special Teams, then Edit Raiding Parties, and then tap the button next to the ? icon in the upper-right area of the screen.

〇 Fortress (O) is being improved for Tiers 1–12

When a player in Tier 12 or below attacks, their Fortress (O) will enjoy a bonus in level of up to +4. Since the bonus is greater at lower Tiers, it will be easier to win battles. You can use this opportunity to rapidly progress.

Please note that, due to the update to Aether Raids, replays in which players using Ver. 3.3.0 are attacked by players using version 3.4.0 may no longer be played back.

Bull Blade
Hero who can learn this skill: Cain: The Bull

Panther Lance
Hero who can learn this skill: Abel: The Panther

There will be changes to how Heroes who undergo merges via Merge Allies are processed. The remaining ally will take over Sacred Seals and accessories equipped by the source ally, as well as the source ally's place in your teams.

Note: Sacred Seals and accessories will be taken over only if the remaining ally does not have them equipped already.