We would like to introduce the new features and changes planned for the next update, which is scheduled for release in early June.

・ Heroes can now wear accessories.
・ New weapon skills and options for the Weapon Refinery.
・ The Allies menu has been revamped and expanded with new options.
・ In Arena Assault, using Legendary Heroes or Heroes with blessings that match the season will increase your score.
・ SP gained when leveling up will increase slightly, making it easier to learn skills.

Please note that for the Ver. 2.6.0 update, the maintenance period will last from 2018-06-07T22:00:00Z until it can be confirmed that the update is reflected in the app stores. We apologize for the inconvenience and ask for your understanding. Thank you!

More >
Here are the major changes and new features planned for the next version update, scheduled for early June.

Accessories for Heroes' mini units have been added! These accessories can be seen by other players in the Arena, so you can customize the look of your Heroes and show them off.

Accessories are planned to be available through events, quests, and more.

Note: Accessories will not alter a Hero's stats or skills.

The following Heroes will be able to learn these new unit-specific weapon skills at 5★:

Note: Breath of Fog can be upgraded in the Weapon Refinery after it has been obtained.

Aura
Heroes who can learn this skill:
Linde: Light Mage

Excalibur
Heroes who can learn this skill:
Merric: Wind Mage

Notes:
To access the Weapon Refinery, after clearing Book I, Chapter 13 in the main story, you must clear the second Intermission map, The Rite of Blades. 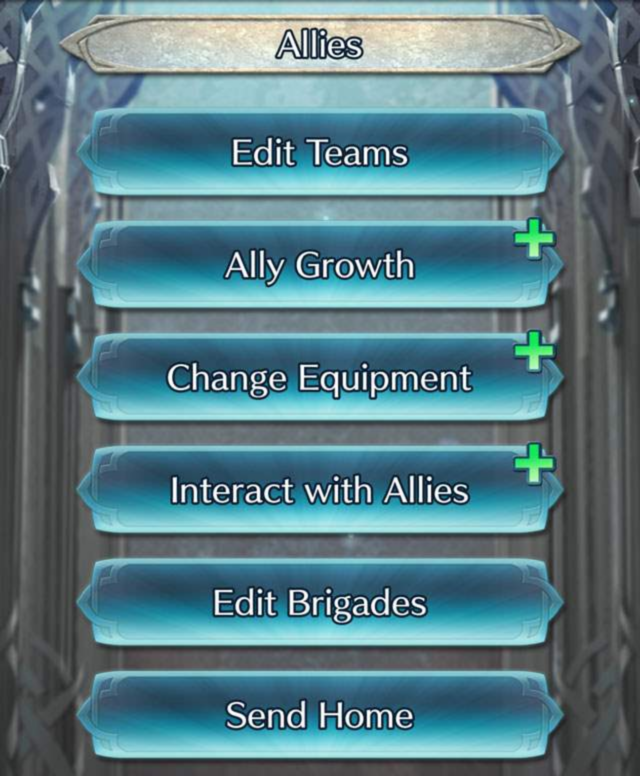 Additionally, Catalog of Heroes and Hero Merit List, which were previously under Misc., will now be located in Interact with Allies.

An Auto-Learn function has been added and is located in Learn Skills. 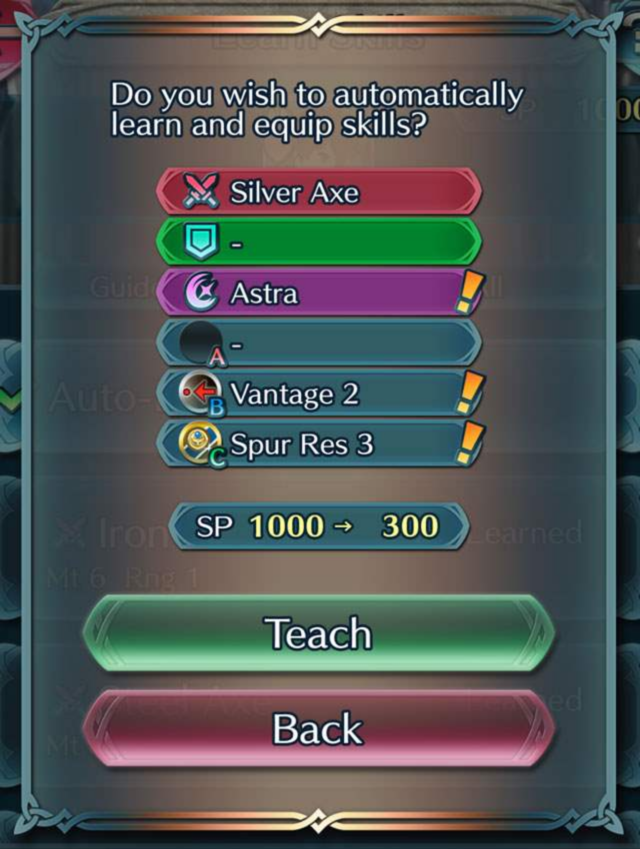 The Auto-Learn function allows Heroes to use their accumulated SP to automatically learn available skills. If the Hero doesn't have enough SP to learn all the skills available to them, skills that fill empty slots will be learned first.

There are now eight types of favorite marks to use for your Heroes. 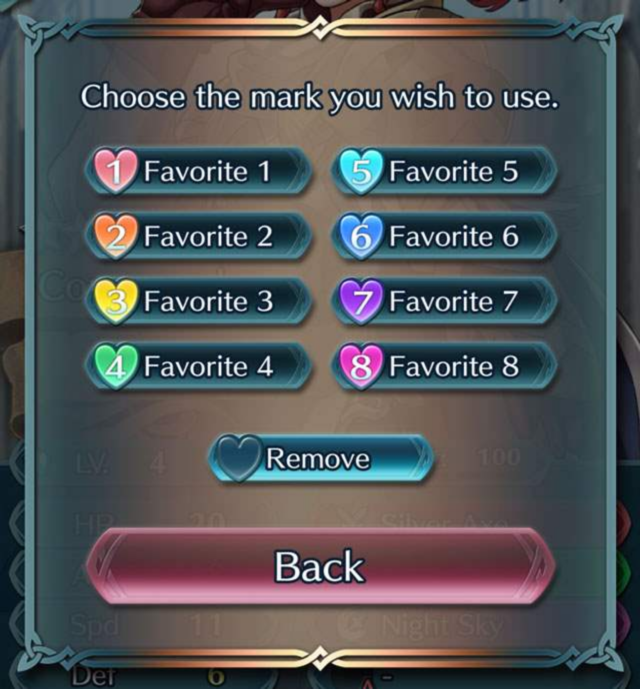 In the top left of menus where you select allies, if you tap the favorite mark (heart icon), you can reorder your Heroes based on the mark you choose. (Sorting simply by favorite will no longer be possible.) 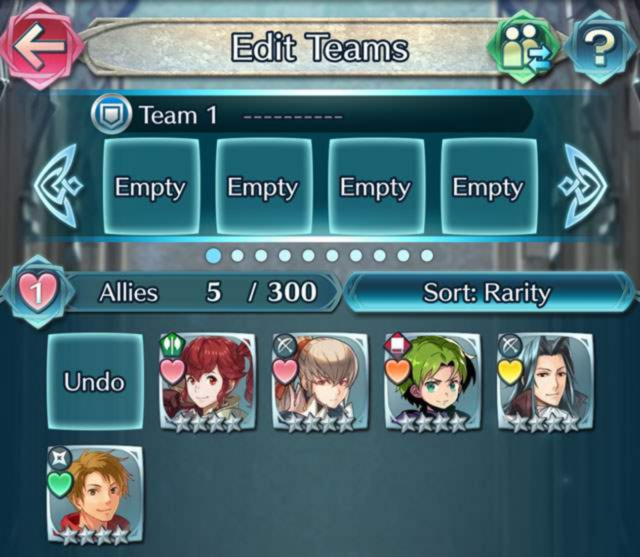 Heroes can now be sorted by accessory.

The way scoring works in Arena Assault is changing.

If Legendary Heroes or Heroes with blessings that match the season are deployed, the score will increase by 1 for each Hero.

Notes:
・ This change will take effect on 2018-06-12T07:00:00Z
・ This change will not affect the strength of enemy units in Arena Assault.
・ If Heroes are defeated during battle, the bonus from their blessing will still be counted.

To coincide with this change, the season starting on 2018-06-12T07:00:00Z will offer slightly more Hero Feathers for Rank Rewards.

To make strengthening your Heroes easier, the following changes have been made:

To make the function of each option clearer, labels have been added. This way the Home screen will be easier to understand for new players. 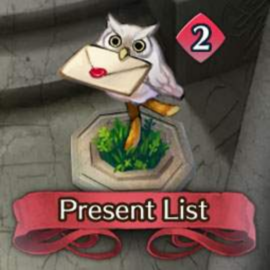 ・ When logging in, the speed at which the Notifications are displayed has been increased.
・ If the results of an event have not been viewed, there will be a ! icon displayed on the corresponding event.
・ Future Grand Conquests will indicate the points earned for an area after battle.
・ The weapon-type icon will be displayed for bonus allies in the Arena and Tempest Trials.
・ For summoning events that begin after the update, the colors of the featured Heroes' summoning stones will be displayed.