We would like to introduce the new features and changes in the Ver. 4.3.0 update.

■ The Compile Combat Manual feature is being added

You will be able to compile Combat Manuals using items called Divine Codes.


Tap here to read more about Combat Manuals.
In places where you might use an ally, such as Merge Allies or Inherit Skill, you can use a combat Manual instead. Just like a Hero, a Combat Manual can have its ★ rating raised via Unlock Potential. Combat Manuals may also be exchanged for Hero Feathers.

Divine Codes with the Part 1 moniker can be used to create Normal Combat Manuals.

Tap Allies, then Compile, then Normal to view the list of Combat Manuals that you can compile. You must unlock the Combat Manuals in each path in order from left to right. Note that you may set down whichever path you like and may switch to another path partway through. 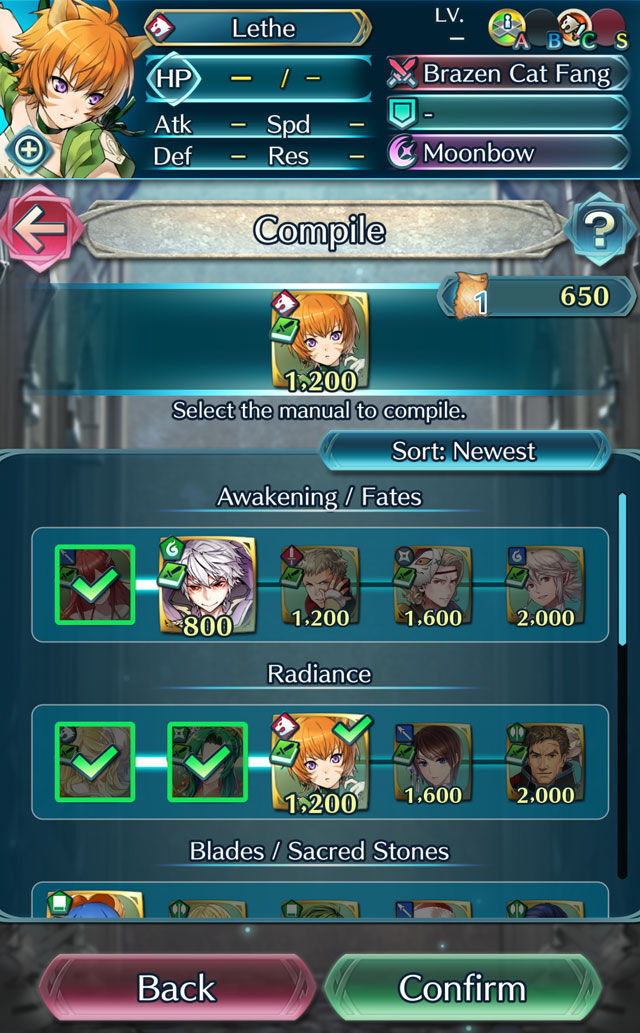 Divine Codes with the Ephemera moniker can be used to create Limited-Time Combat Manuals.

Tap Allies, then Compile, then Limited-Time to view the list of Combat Manuals that you can compile. You are free to choose whichever Combat Manual you wish to compile without worrying about unlock paths. 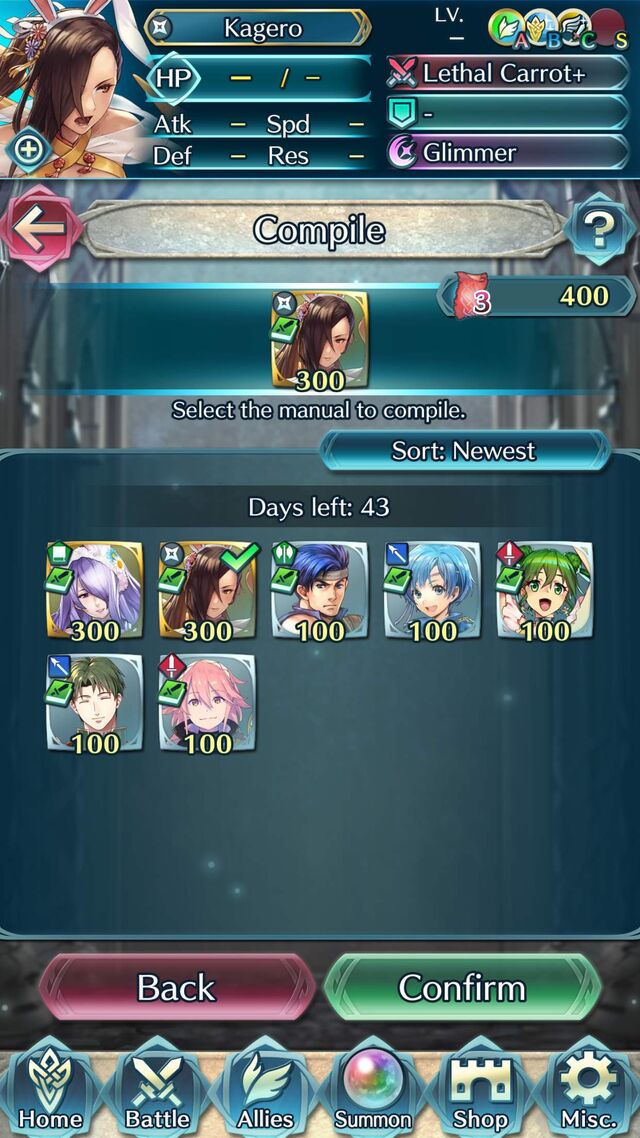 The Limited-Time Combat Manuals that can be compiled with Divine Codes (Ephemera 3) earned in Ver. 4.3.0 events are listed below.

Jubilant Blade
Hero who can learn this skill: Tobin: The Clueless One

・ The weapons above can be upgraded in the Weapon Refinery after they have been obtained.
・ To learn weapon skills, tap Allies, then Ally Growth, and then Learn Skills.
・ Tobin is available to summon using Heroic Grails.

Thunderhead
Hero who can learn this skill: Olwen: Righteous Knight

・ Dökkálfar Briar: up to level 4

・ The quest completion counter shown above Quests & Missions on the Home screen will no longer include completed Feh Pass Quests for players who are not subscribed to the Feh Pass.
・ The "No Duo Skill Animation" option will be added to Settings.