The A Hero Rises 2020 event that is being held to celebrate the 3rd anniversary of the Fire Emblem Heroes game is nearing the end!

Choose one of the eight Heroes who took the top spots in the online vote and lead their army to victory in a Voting Gauntlet to decide the champion. The winning Hero will be gifted to all players once the dust has settled, so think carefully about who to support!

Notes:
・ For this Voting Gauntlet, you will not get a 1.1× voting boost if your leader is the same character as the Hero whose army you joined.
・ In circumstances where the above 1.1× voting boost would normally apply, it will only be used for the purposes of calculating your standing shown in the Current Standing screen and will not affect your army's score or the outcome of the Voting Gauntlet matchups.
・ Once the event concludes, the winning Hero will be gifted to all players, regardless of the army they chose to support. 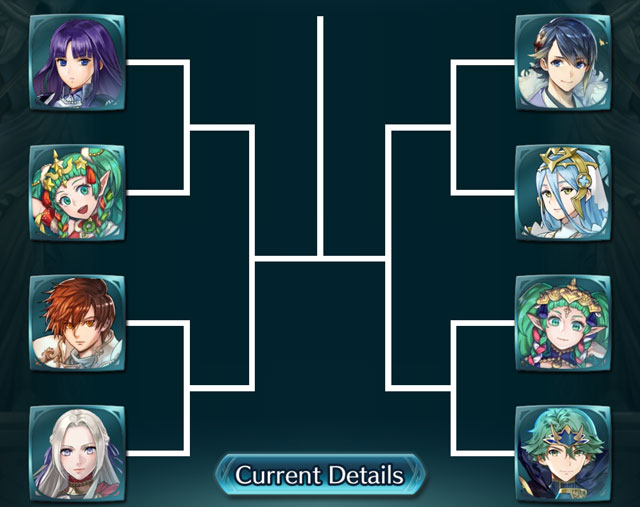 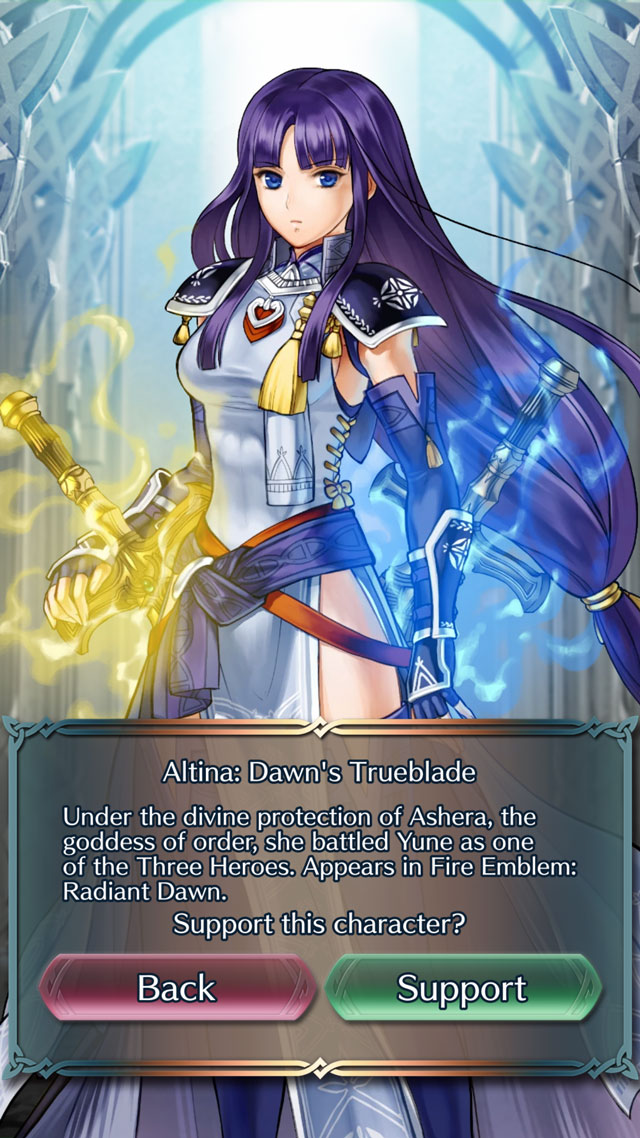 Win battles against the rival army. Press the Battle button to start the battle!
If you win, you'll advance to voting. If you lose, try again! 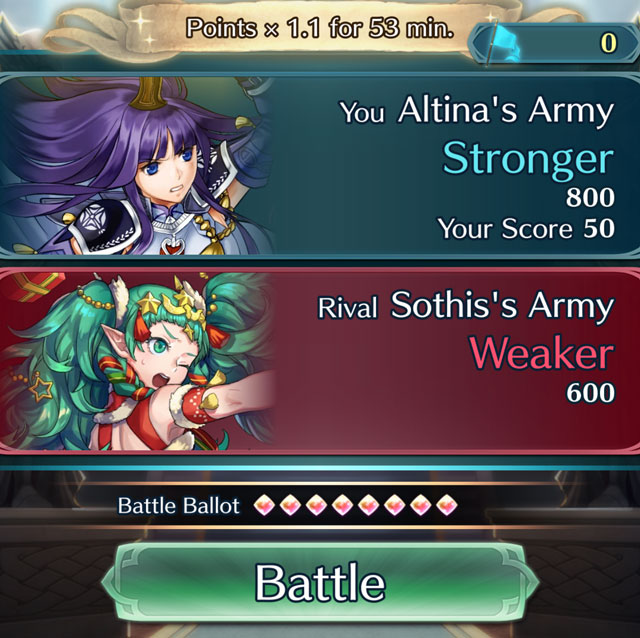 Additionally, if you use multiple Battle Flags (obtained during a Voting Gauntlet) and Battle Ballots (Voting Gauntlet–exclusive stamina) at once, you can easily multiply the points your votes add to your chosen army's score. 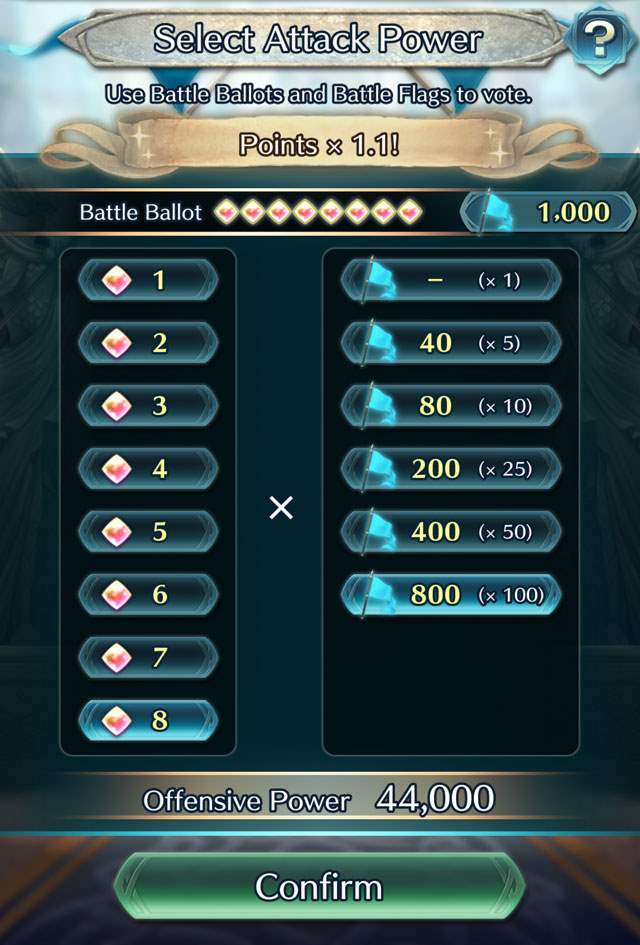 Notes:
・ Battle Flags can only be used for the current Voting Gauntlet. They cannot be saved for future events.
・ Army scores and ranks will be updated regularly.
・ If multiple Battle Ballots are used at once, then the required amount of Battle Flags increases.
・ At least one Battle Ballot is required to join a Voting Gauntlet battle.
・ The Endurance Bonus is not active during the first hour.

Are we nearing the finish line already? Yikes, I'm so nervous!