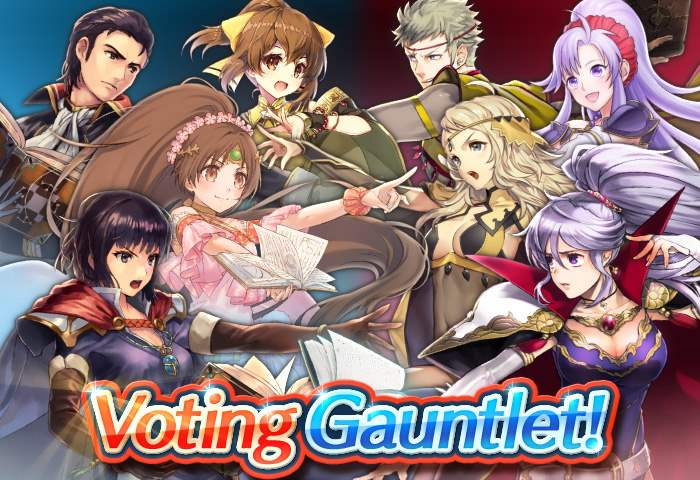 During this time, increase your Battle Flags and earn Orbs, Sacred Coins, or Refining Stones by completing quests! Check out these blue-tome-wielding paragons and earn rewards! 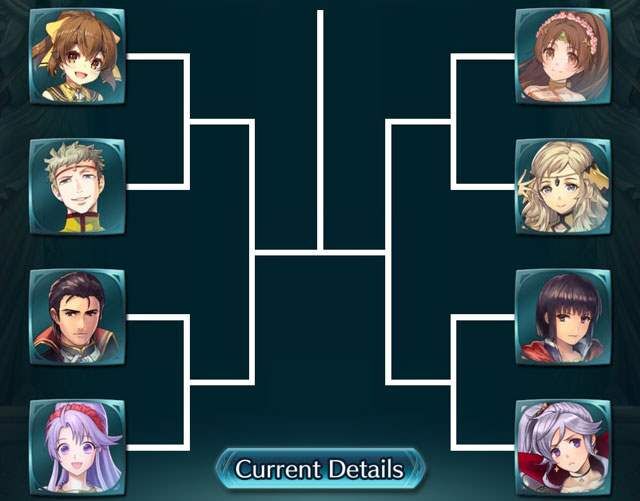 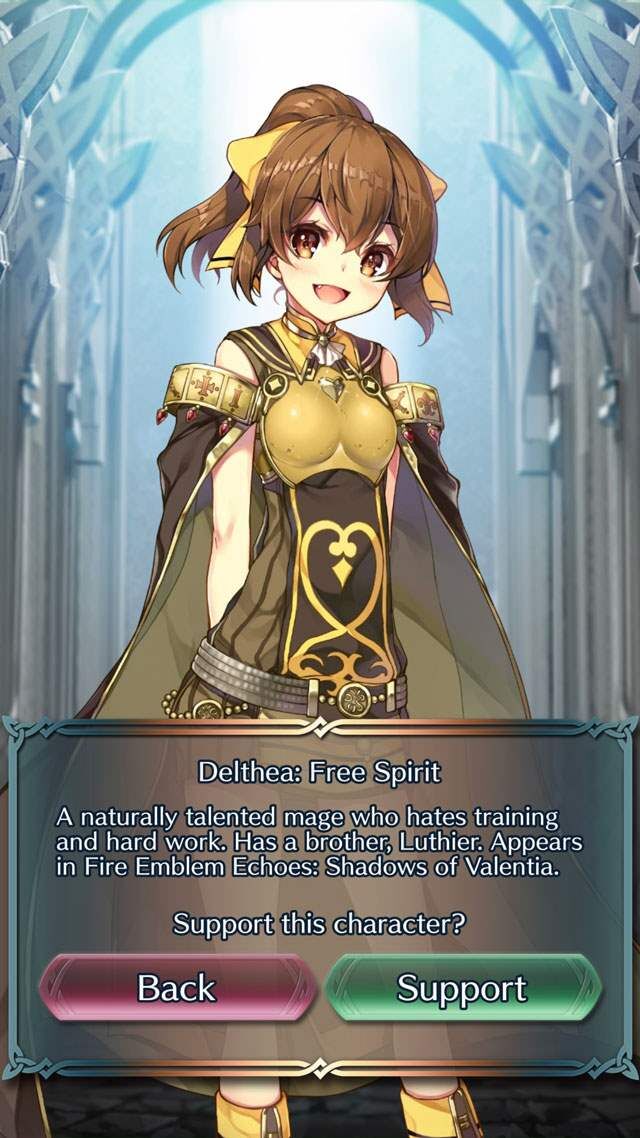 Press the To battle! button to head into battle. After that, you'll have to wait 30 minutes before you can battle again. 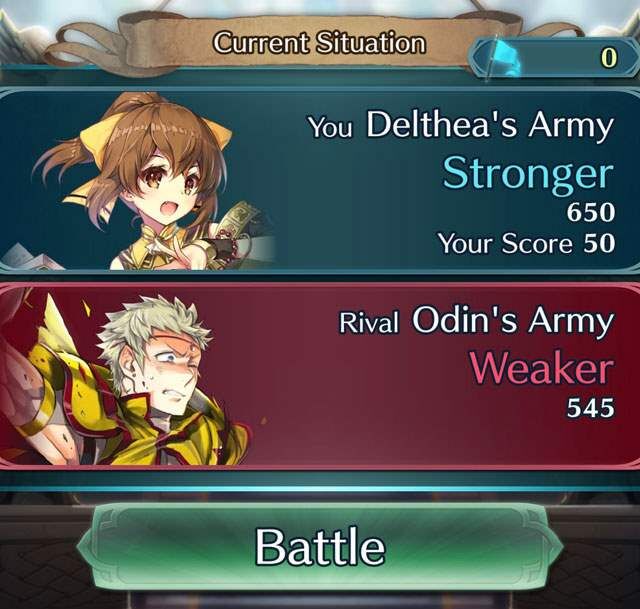 Each vote you cast will increase your army's score. Your votes increase in number the more friends you have! (You'll get a boost for each friend you have, up to 10.) Also, you'll get a voting boost if your leader is the same character as the Hero whose army you joined. While a Voting Gauntlet is active, you can also use Battle Flags to multiply your votes. 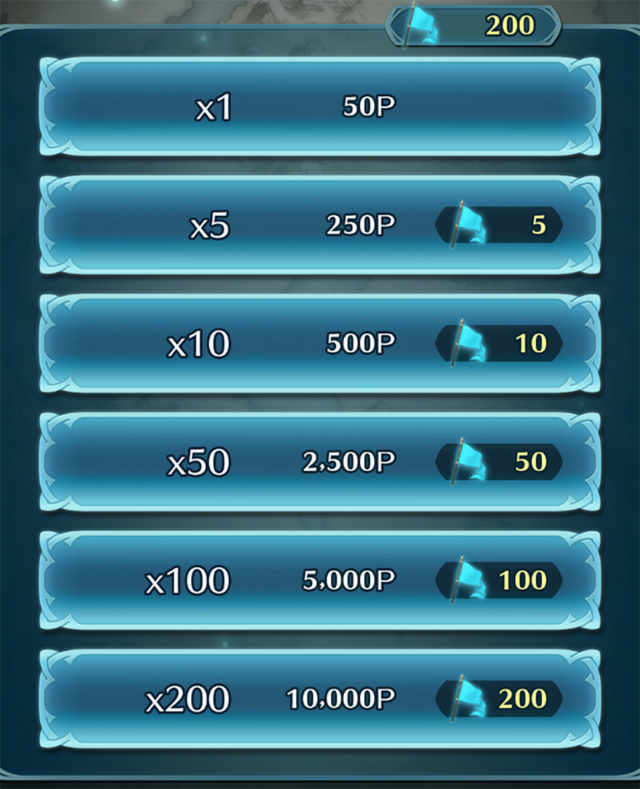 
Try your hand at special quests and earn Battle Flags while you wait for your next Voting Gauntlet battle to begin.

The special quests will change at the start of Round 2 and the Final Round, so keep at it!

4) Check on the current conditions!

Using this dedicated web page, you can check the current progress of the Voting Gauntlet:

5) Turn a disadvantage into an advantage!

If your army is at a disadvantage, the points counted when you vote will be multiplied! This multiplier is ((Duration × 0.1) + 3.1). Since one round lasts 45 hours, this bonus can reach up to 7.5×!

When the scores get close, this bonus will disappear...so time your votes well!

7) Battle a lot and reap the rewards.


If you battle a lot, you'll earn a lot of rewards. Unranked players will earn rewards as though their rank is 100,001.


Notes:
・ Even if your leader and the affiliated army's Hero are the same, you will not receive a point bonus if the illustration/epithet are different.
・ Battle Flags can only be used for the current Voting Gauntlet. They cannot be saved for future events.
・ The Voting Gauntlet Log-In Bonus will remain active while the Voting Gauntlet event is ongoing.
・ Army scores and ranks will be updated regularly.

"I wonder who the strongest blue mage is..."