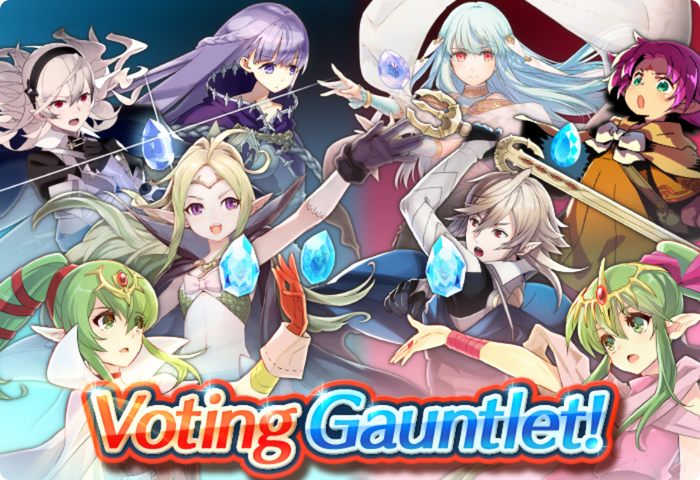 Which of these inheritors of the blood of dragons will gain the glory and title of victor? Time will tell...

There are limited-time special quests available for the active period listed above, too. Support your favorite Hero and earn rewards!

Changes from the Previous Voting Gauntlet

Curious how many points each army has? There's no way to find out until you join one! Once you've joined one Hero's army, you won't be able to change to another one unless the army you joined loses, so weigh your options carefully before making a decision.

Press the "To battle!" button to head into battle. After that, you'll have to wait awhile before you can battle again.

The special quests will change at the start of Round 2 and Final Round, so keep at it!


4) Check on the current conditions!

Using this dedicated web page, you can check the current progress of the Voting Gauntlet.


5) Turn a disadvantage into an advantage!

If your army is at a disadvantage, the points counted when you vote will be multiplied! This multiplier is ((Duration x 0.1) + 3.1). Since one round lasts 45 hours, this bonus can reach up to 7.5x!

When the scores get close, this bonus will disappear... so time your votes well!


7) Battle a lot and reap the rewards.

If you battle a lot you'll earn a lot of rewards. Unranked players will earn rewards as though their rank is 100,001.

"I wonder if I carry the blood of dragons, myself!"