What's In Store for the 3.5.0 Update (Notification)

We would like to introduce the new features and changes in the 3.5.0 update.

・ Friend Mock Battles have been added to Aether Raids.
・ New weapon skills and weapons to refine have been added.
・ The Equip Seals screen has been improved.


We would like to introduce the new features and changes in the Ver. 3.5.0 update.

Test your raiding party against a friend's defense map in a mock battle. Take on the defense of your high-ranking friends for some ideas to improve your own!

○ New structures have been added.

Offensive and defensive versions of two new structures, Bright Shrine and Dark Shrine, have been added.

Once placed, at the start of a turn, these structures lower certain stats (by up to -5) of the foe on the enemy team who has the highest total of those stats through their next action.

・ An R&R Affinity icon has been added.

An icon will appear on the Aether Resort button if you have not collected that day's R&R Affinity or have not seen that week's Special Event.

・ New R&R Amenities have been added.

Three new R&R Amenities for the Inn are available.

The following Heroes are able to learn these new character-specific weapon skills at 5★:

Bow of Devotion
Hero who can learn this skill: Faye: Devoted Heart

You are able to toggle the Equip Seals screen between two modes, Display: Skill Details and Display: Icon. 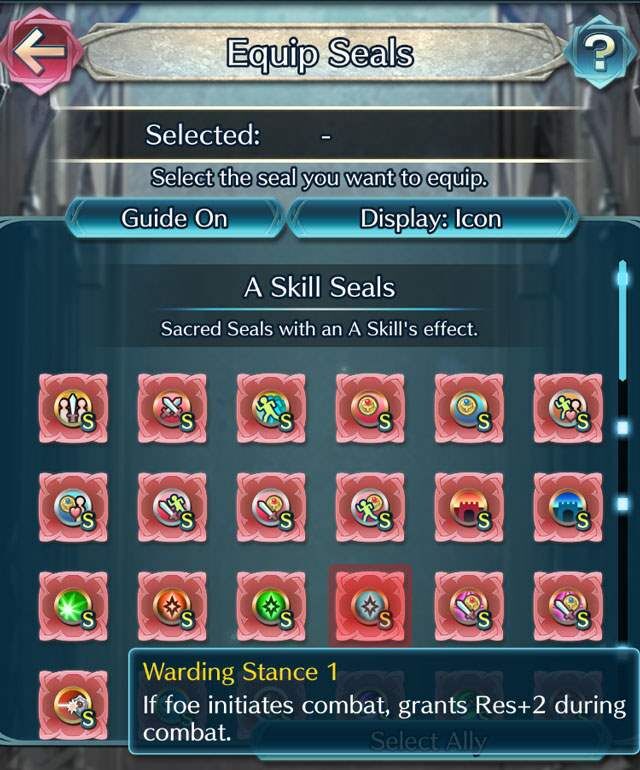 In Display: Icon mode, tap and hold on a Sacred Seal's icon to view its name and effect.

・When tapping on certain items on the Inventory screen, the maximum number of that item that you can have at one time is now included in the description.

・ Blessed Gardens will no longer be updated after the map added on 2019-05-26T07:00:00Z. Please use this opportunity to try out the previous maps if you haven't already.

・ Fixed issue with Aether Resort that caused the app to force-quit.