What's In Store for the 4.8.0 Update (Notification)

We would like to introduce the new features and changes in the Ver. 4.8.0 update.


We would like to introduce the new features and changes in the Ver. 4.8.0 update.

With the release of Ver. 4.8.0, players may now obtain Divine Codes (Ephemera 8) from events and exchange them for an updated lineup of Limited-Time Combat Manuals using the Compile Combat Manual feature.

Divine Codes (Ephemera 8) may be exchanged for the following Combat Manuals:

Tome of Order
Hero who can learn this skill: Cecilia: Etrurian General

・ The weapons above can be upgraded in the Weapon Refinery after they have been obtained.
・ To learn weapon skills, tap Allies, then Ally Growth, and then Learn Skills.
・ Legion: Masked Maniac is available to summon using Heroic Grails.

The following weapon can be upgraded or gain additional special effects by using Arena Medals and Divine Dew:

Note: Placing a level 5 Escape Ladder (O) will allow a lost battle's Aether cost to be returned up to five times per season. It's a worthwhile investment!

・ New items are now available from the field.

You can now grow a new ingredient, tomatoes, and collect spices and gourmet spices as provisions. 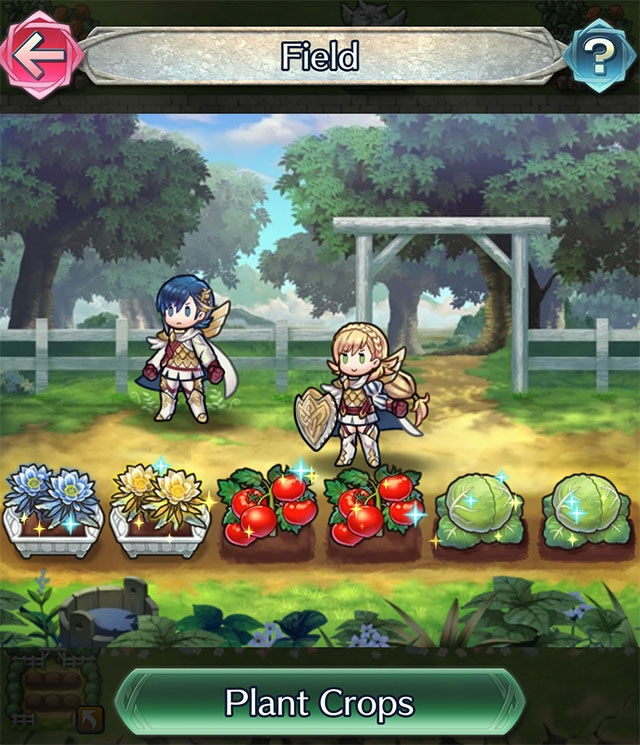 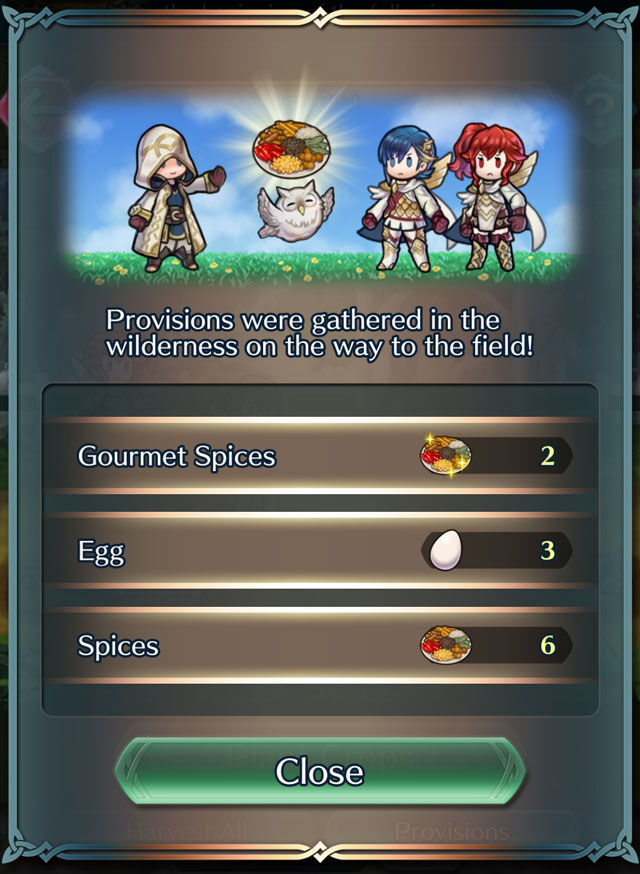 Once the crop comes in, be sure to drop by the Dining Hall and see what new delightful dishes your intrepid chefs can cook up! 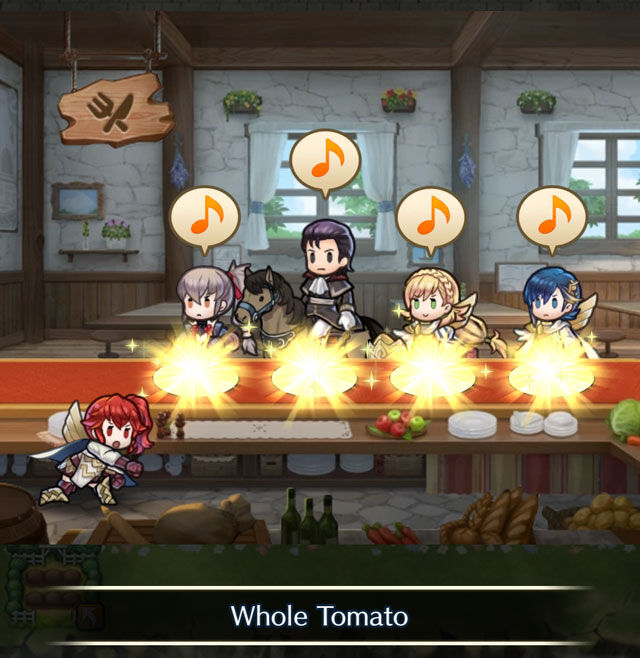 ■ Category icons have been added to summoning screens

To help summoners discern the type of summoning event easily at a glance, category icons have been added to each event's summoning screen.

Each icon and its corresponding summoning event category is shown below. Keep an eye on these icons as you decide which summoning events to focus on!


■ Mjölnir's Strike has been updated

・ The user interface has been adjusted to make better use of empty screen space (if available). If empty space appeared along the top and bottom of your screen before the update, this space will now display useful information, such as the amount of Divine Codes in your possession or the turn number and phase during battle. Depending on the size of the screen, you may also see the stock of items recovered from thieves while playing Resonant Battles.

・ In Resonant Battles, tapping on the Edit Teams button will automatically apply a filter for bonus titles. 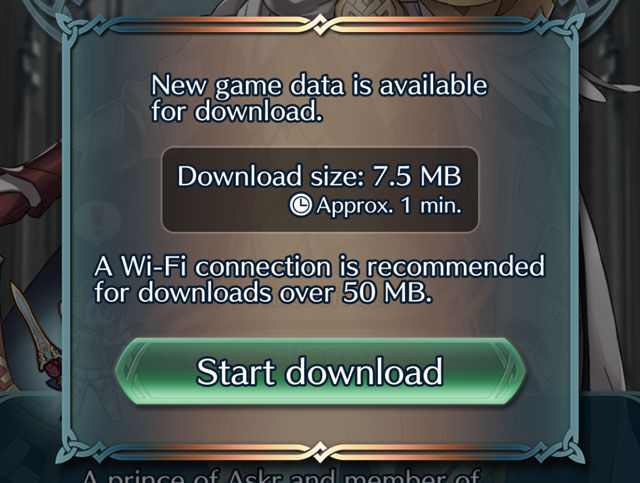 ・ Links to Learn with Sharena! articles have been added to the Battle, Misc., and Heroes' Path screens. These articles contain useful information on Heroes and skills, so if you're curious about something specific or just want to brush up on game mechanics, be sure to check them out!

The following known issues have been addressed:

・ If a player begins a series of Tempest Trial battles using the Auto-Start feature, suspends it, then resumes playing using the Auto-Battle feature, the game will not transition to the next map once the current map has been cleared, despite Continuous Auto being enabled.

・ In Resonant Battles, the skills equipped by certain enemies may differ depending on the operating system of the player's device.

・ An issue may arise when obtaining seasonal rewards between the end of a particular Resonant Battles season and the start of the following season in which a player's interval is shown as "Interval: 1" regardless of their actual interval.

・ Visiting the Current Standing screen for Resonant Battles using Ver. 4.7.0 after the Ver. 4.8.0 update has been released may cause the game to crash. Updating the game to Ver. 4.8.0 will resolve this issue.

■ Regarding Support for Android Devices

After an update planned for September 2020, Fire Emblem Heroes will require Android OS 4.4 or higher to run on Android devices. After the update is released, players using Android OS 4.3 or lower will no longer be able to download, update, or access the game.

If you will be affected by this change, please consider updating your device's Android OS to version 4.4 or higher if possible.