What's in Store for the 1.7.0 Update (Notification)

Here's an update from the Fire Emblem Heroes development team about the new additions for ver. 1.7.0:

You can deepen bonds between Heroes through Ally Support. 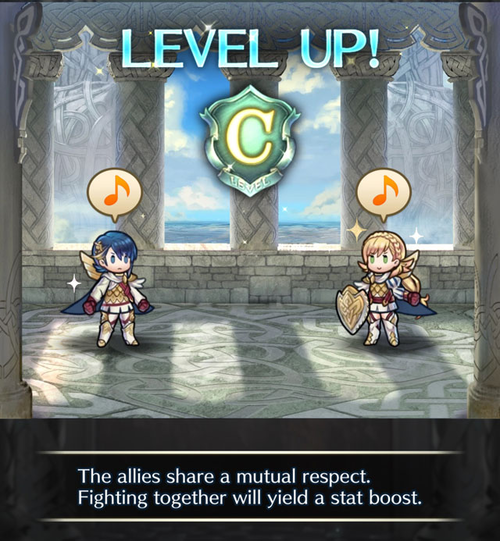 When two Heroes who support each other are nearby during battle, they will receive a stat boost. Heroes will receive different boost effect depending on whether they are adjacent to each other or separated by one space.

Expand your favorite Hero's abilities with Summoner Support. Like Ally Support, this gives a Hero a stat boost.

You can create a Summoner Support bond with only one Hero. Deploy that Hero on a battlefield with enemies level 35 and over to build Support Rank from C to S. That Hero will gain increased abilities depending on the Support Rank.

Strengthen your favorite Hero with Summoner Support, and make them even more fearsome in battle!

■ Inherit Skill Gets a Search Function

Skill Search has been added to the Inherit Skill menu, allowing you to easily search for Heroes with specific skills. Use the filter to set the skill you want to find, and the Heroes that can learn that will have a check mark on their profile. (Heroes who could learn the skill if they were to use Unlock Potential to increase their rarity level are denoted by a gray mark.) 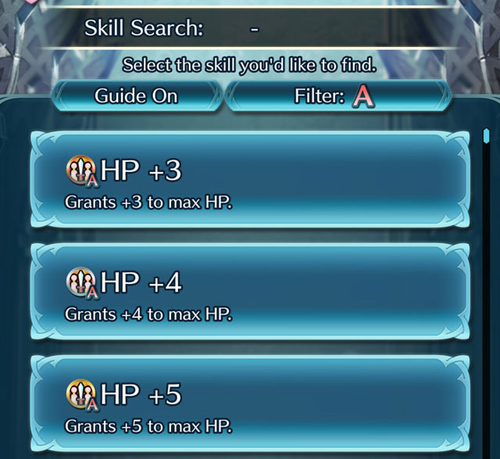 Try using this convenient feature in Inherit Skill as you Strengthen your Heroes.