What's in Store for the 2.5.0 Update (Notification)

Today, version 2.5.0 of the Fire Emblem Heroes game was released!

Also, to celebrate the improvements to the tutorial, gifts will be given out to existing players, including a 4

Takumi: Wild Card. Visit them Home screen to pick up your presents.

Please note that for the Ver. 2.5.0 update, the maintenance period will last from May 9, 2018 at 10:00 AM UTC until it can be confirmed that the update is reflected in the app stores. Additionally, while new seasons for the Arena and Arena Assault begin on Tuesday at 7:00 AM UTC each week, due to updates to the Arena, the next season will begin on day later, starting on May 9, 2018 at 7:00 AM UTC. We apologize for the inconvenience and ask for your understanding. Thank you!

Here are the major changes and new features included in the update.

■ Updates to the Arena

The following changes are being made to encourage even more players to test their teams in the Arena:

With the addition of Chain Rewards, Offense Rewards will no longed be given out, but the number of rewards you can receive will increase overall.

To implement these improvements, the Arena and Arena Assault will be unavailable starting on May 8, 2018 at 7:00 AM UTC until May 9, 2018 at 6:59 AM UTC. Please note that this also means the daily quests and Arena Assault quests cannot be cleared during this time.

If you want to test your teams, don't forget to try out the updated Arena!

Hero who can learn this skill: Clair: Highborn Flier

Hero who can learn this skill: Camilla: Bewitching Beauty

Hero who can learn this skill: Corrin: Fateful Prince

The Thanks for Playing Gift includes the following:

The following game rules are changing to allow for smoother game progress: 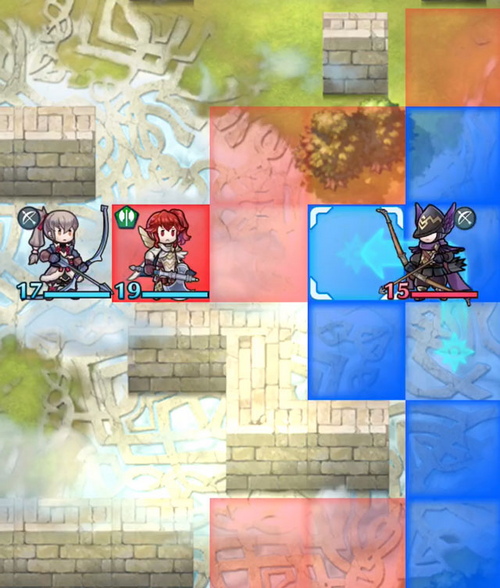