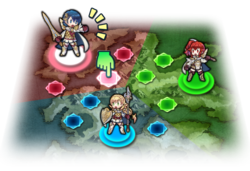 What Is Grand Conquests[edit | edit source]

This is a battle event where armies led by Alfonse, Sharena, and Anna fight over territory. Lead a brigade and conquer as many areas as you can within the time limit! 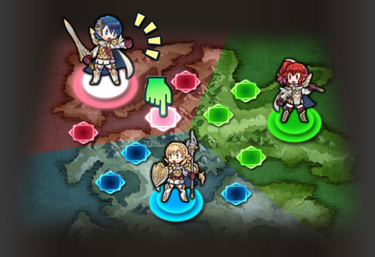 How it Works[edit | edit source]

Each battle in Grand Conquests lasts two days. Your goal is to conquer more areas than your opponents' armies. You can conquer an area in the following ways:

During a round, exceed the opposing armies' scores for an area by 200,000 points or more.

After the 44-hour event concludes, you will be rewarded with Hero Feathers

based on the number of areas your army has conquered.

Based on your accumulated score, you will receive a CG Tier ranking, along with Orbs

There will be quests running alongside all three battles in an event. Win a battle to earn Orbs

Worried that your Heroes may bot be up to the task? Don't be! 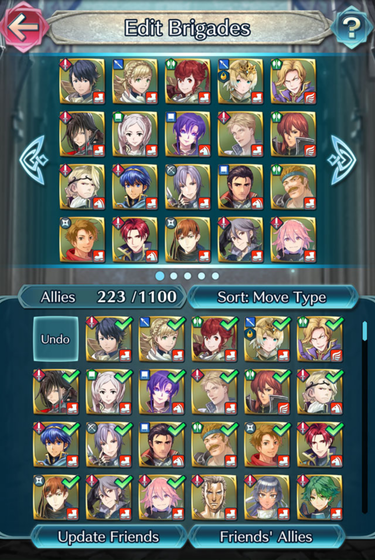 Select an Area and Deploy Your Brigade[edit | edit source] 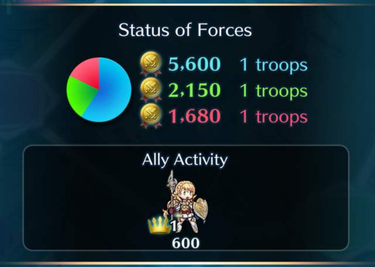 If you aren't sure which area you want to fight in, start with the area with Try this displayed over the top of it or one with area effects on adjacent territory. If you conquer an area that can affect other areas, it can help your army out. 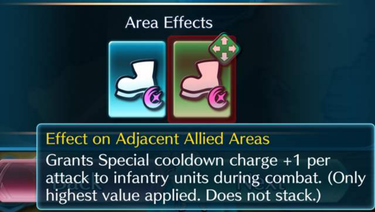 Use Stamina to Battle and Increase Your Score[edit | edit source]

, you can boost your score by as many stamina as you expende. You can also recover 8 stamina

by using a Conquest Lance

About the Maps[edit | edit source]

As the Battle Progresses...[edit | edit source]

When a round begins, the army that conquered the area will begin with a certain number of points corresponding to how few areas that army controlled when the last round ended, while the other armies begin with 0 points.

The points that each area accrues will be increased depending on the number of players who have participated in battles in the area, (Using the Help Out! option increases the count one by one, even if you don't actually battle.)

It's a Knockout![edit | edit source]