A guide explaining the basics of Hero Battles.

What Are Hero Battles?[edit | edit source]

Hero Battles are special maps available for a limited time featuring a specific Hero. You can find these battles in the Special Maps section of the Battle Screen.

Why Are Hero Battles So Important[edit | edit source]

If you clear one of these battles, you'll get the featured Hero that you fought as your ally. So if you want that Hero, do whatever it takes to clear that map!

Hero Battles have a special additional rule. All four members of your team must survive the battle. If even one of your allies falls in battle, it's game over. These battles don't make it easy to make allies of these Heroes, but it's worth the challenge. 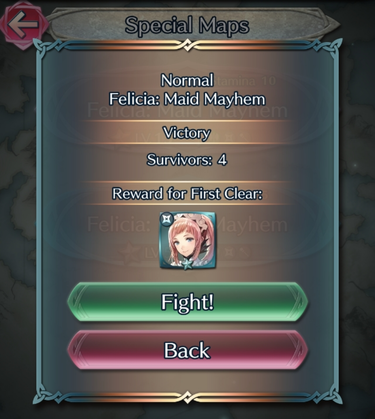 There are multiple difficulty levels in Hero Battles. For each difficulty level, you'll get that featured Hero as an ally when you clear the map. The version of the Hero you get is 1 ★ lower than the one you battle. Clear all of the difficulty modes to get lots of allies! 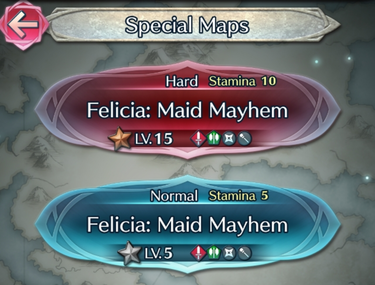 The Hero Battle changes each day, so be sure to check who the new featured Hero is. This is the rotation order for these Heroes:

After Stahl, the rotation continues at the top of the list with Sophia.

At different times in Special Maps, Grand Heroes will appear! 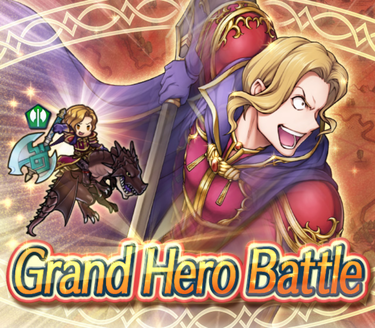 Like normal Hero Battles, all four allies must survive. Additionally, you can't use a Light's Blessing

. Grand Hero Battles are harder than normal Hero Battles, so make it a goal to improve your team so you can claim victory!

"These battles are tough, but there's so much to gain! I can't wait to get in there and fight!"